Valli Arunachalam and her family have moved a waiver application before the National Company Law Tribunal (NCLT), Chennai seeking a waiver of the minimum shareholding requirement of 10% for maintaining the alleged oppression and mismanagement case against Ambadi Investments (AIL), the holding company of the ₹38,100-crore Murugappa Group, and also its family members.

Moving the waiver petition, Senior Counsel P.S. Raman pointed out that the family owns 8.21% in Ambadi and falls short of the minimum requirement per section 244 of the Companies Act, 2013, by 1.79%.

He also pointed out that the National Company Law Appellate Tribunal, New Delhi, had given a waiver to Cyrus Mistry’s firms from the minimum requirement for maintaining its case against Tata Sons.

Mr. Raman also pointed out the central allegation is a history of gender discrimination in the Murugappa Group.

He also pointed out that Valli Arunachalam family’s plea for equal representation in the company’s affairs has been denied since her father M.V. Murugappan’s demise a few years back.

“Murugappan is the only family member who does not have a male legal heir,” pointed out Mr. Raman.

“We are making a very serious allegation of gender discrimination. When Valli Arunachalam’s name was proposed to the board, it was replied by them she was not qualified,” he pointed out.

She holds a doctorate in nuclear physics and is a technology consultant in the U.S., he added.

Mr. Raman also pointed out the main petition also seeks a fair buyout of their stake as per section 242 (2b) of the Companies Act, 2013.

NCLT has given three weeks for the respondents to file their counter. 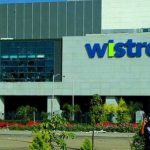 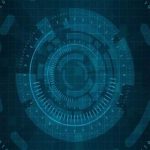