On the 18th of April 2021, the whole footballing world was shocked when the news broke out about a new mid-week “super” competition in Europe.

WHAT IS EUROPEAN SUPER LEAGUE

This is a planned mid-week club football level competition with 12 of Europe’s biggest clubs as the founding members of this competition. The 12 members are- Manchester United, Manchester City, Liverpool, Arsenal, Chelsea, Tottenham, Real Madrid, Barcelona, Atletico Madrid, AC Milan, Juventus, and Inter Milan. These 12 clubs will be joined by 3 more permanent members and all these 15 permanent members will reportedly receive 3.5 billion Euros, collectively. According to Financial Times, the permanent members will get around 300 million euros each to just join the league.

Apart from these 15 permanent members, 5 more clubs will join the competition annually by a qualifying mechanism based on achievements in the prior season. These 20 teams will then be sorted into 2 groups of 10, with 4 teams from each qualifying for a two-legged quarter-final stage.

Unlike other competitions, where the clubs enter through qualification, like UEFA Champions League or UEFA Europa League, this competition will guarantee the place for the 15 permanent or “founding members.” Thus, making them immune to any kind of relegation each year from the competition.

WHO IS INCHARGE OF THE SUPER LEAGUE?

It has to be noted that the Super League’s Chairman will be Real Madrid’s Florentino Perez who will be joined by 4 Vice-Chairmen- Manchester United’s Joel Glazer, Liverpool’s John Henry, Arsenal’s Stan Kroenke, and Juventus’ Andrea Agnelli.

WHICH NOTABLE CLUBS ARE ABSENT FROM THIS COMPETITION?

Several of Europe’s top teams are missing from the competition as they have not signed the project stating it to be a “Cynical project.”

REACTION FROM SOME CLUBS, PLAYERS, ETC.

“I’m focused on different topics, but I can say that the Super League wouldn’t be good for European football,” Bayern Munich manager Hansi Flick said on Monday. The flick is expected to leave the club to become the German national team manager at the season’s end.

“FC Bayern did not participate in the planning of a Super League. We are convinced that the current statics in football guarantee a serious basis. FC Bayern welcomes the reforms of the Champions League because we believe that they are the right step for the development of European football. The modified preliminary round will contribute to more tension and emotionality in the competition.

“I don’t think the Super League will solve the financial problems of European clubs that were caused by a coronavirus. Rather, all clubs in Europe should work in solidarity to ensure that the cost structure, in particular the players’ salaries and the fees for the consultants, are adjusted to the income in order to make European football more rational.”

Sevilla, winners of last season’s Europa League, have expressed their “outright rejection of a tournament based exclusively on economic parameters and outside the scope of action of UEFA.”

“The creation of this Super League would only serve to harm football in general and the rest of the teams. At the same time, it would severely hit society and punish the vast majority of real football fans, who would be left without the true essence of the sport: The illusion of enjoying their team and seeing it compete for the highest aspirations.”

Leeds United players called out the Super League on shirts worn before Monday’s match against Liverpool, one of the founding Super League clubs. The shirts read “Football is for the fans” on the back and “Champions League: Earn it” on the front.

UEFA’s stance was that it will ban players from representing their National team and from their respective domestic leagues.

“As previously announced by Fifa and the six federations, the players who will play in teams that might play in the closed league will be banned from playing in the World Cup and Euros, so they will not be able to represent their national teams at any matches, so we urge everyone from the millions of football lovers around the world, the world’s media gathered on this call today, politicians and football’s governing bodies to stand tall with us, as we do everything in our power to ensure this never ends up in fruition.”

UEFA President blasted Ed Woodward and Andrea Agnelli as “We didn’t know we had snakes so close to us. Now we know.”

Football or sports in general, has always been for the fans, for the people and the unity among masses, integrity and sportsmanship spirit to be inculcated in people. Football has been the most followed sport in the world for a very long time and it has been seen as uniting people from different backgrounds, it has always spoken about the social injustice in a society like discrimination on the basis of color, race, etc. rightly dubbed as “THE BEAUTIFUL GAME.”

Moreover, the whole point of Football is that you have to earn the title of being “The Best” or competing with the best. With the inception of European Super League the whole point of competition will be demolished as the core 15 members will never get relegated, will always get automatic qualification every year whereas underdog stories, like that of Leicester Winning the League or Portugal winning the Euros will be a thing of the past.

This is a shameful act by these top clubs and the sole motive behind this is making more money for the owners. The owners don’t care about the club, the fans, the history or culture of this beautiful game and their respective clubs.

If a club finishes top 4 in the Premier League then it plays in the Champions League because they earned the right to play in that competition not because they are super rich or something. On the other hand, European Super League makes permanent spot for those 15 permanent members each year, which ends the whole point of sports and competition.

According to this competition, the 15 permanent members will never be relegated from the competition; no matter how they perform in their respective leagues. To put this together, take the example of Premier League table. Chelsea, Spurs, Arsenal and Liverpool are outside the top 4 place so if it goes like that they would not be able to enter Champions League next season. Whereas, Third-placed Leicester City and Fourth-placed West Ham along with the two Manchester clubs will enter Champions League because of sporting merit- finishing the table in top 4. However, in Super League, these big-financed clubs will be playing the competition no matter where they stay in the league, clubs like West Ham and Leicester, who earn the rights to play in bigger competition (like Champions league) will not be considered as they aren’t ‘rich clubs’ like the rest.

This competition, because of some stupid greedy owners, has no idea what football is, its principle and its ideals. The very idea of this type of competition goes against everything football stood for since its inception more than a century ago.

They don’t understand what football stands for as most of the clubs in England and other countries are more than 100 years old! They were made by working class people in 19th-20th centuries. Dock workers, Railway workers, etc etc etc. And these billionaires enter the stage and eliminate everything their clubs stood for.

The club owners need to understand that the fans are everything in football. They won’t mind turning their backs against anything wrong their club is found doing. But if these clubs still go through with this competition that will be the day they will see the wrath of the fans and the death of our beloved game.

'The clubs concerned will be banned from playing in any other competition at domestic, European or world level, and their players could be denied the opportunity to represent their national teams.'

A banner protesting against the Super League is flown over Elland Road during Leeds vs Liverpool. pic.twitter.com/242l2ut2w4

Strong statement from Everton about #EuropeanSuperLeague plotters, saying they are “saddened and disappointed to see proposals of a breakaway league pushed forward by six clubs…. pic.twitter.com/Zh471w7YAk

😡 | "I'm a #MUFC fan and I'm absolutely disgusted."
💥 | "They are an absolute joke."@GNev2 gives a brutally honest reaction to reports that England's biggest clubs are expected to be part of plans for a breakaway European Super League.pic.twitter.com/qvAPKdLxwN

Powerful debate… 🗣️@Carra23 and @GNev2 on why they feel the European Super League simply has to be stopped ❌pic.twitter.com/XVS2mbkMtt 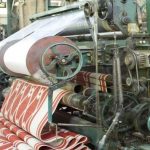