New Delhi: Meeting the government for the fifth time on Saturday with their needs for jettisoning the three recent farm laws, union leaders agreed on to have their tea and food, trucked from their langar (community kitchen) at Singhu border, where thousands of farmers are boycotting for over a week.

The fifth round of talks started at 2.30 PM and was attended by 40 ambassadors of numerous farmer organisations.

Union leaders asserted they had their food and tea during a break, rather than possessing what was categorised by the government at Vigyan Bhawan, the meeting forum.

During their last meeting on Thursday also, the farmer leaders had their own lunch, tea and even water. Farmers’ leaders had earlier on Thursday told the government to concentrate on unravelling the questions instead of striving to be a decent legion by offering lunch.

Thousands of farmers have been camping at mixed borders of the national capital as part of their revolt against the laws.

Union Agriculture Minister Narendra Singh Tomar, Railways, Commerce and Food Minister Piyush Goyal and Minister of State for Commerce Som Parkash, who is an MP from Punjab, are holding conversations with the envoys of the farmer associations at the Vigyan Bhawan.

Enacted in September, the laws have been proposed by the government as significant reforms in the agriculture sector by eliminating mediators and permitting farmers to peddle anywhere in the country.

Nevertheless, the protesting farmers have been bothered that the new laws will eradicate the safety headrest of a Minimum Support Price (MSP) and procurement network while providing inadequate with the Mandi system that guarantees revenue for myriad stakeholders in the farm sector.

On Wednesday, arousing farmers commanded that the Centre summon a unique session of Parliament and abolish the Farmers’ Produce Trade and Commerce (Promotion and Facilitation) Act, 2020; the Farmers (Empowerment and Protection) Agreement on Price Assurance and Farm Services Act, 2020; and the Essential Commodities (Amendment) Act, 2020. 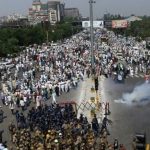 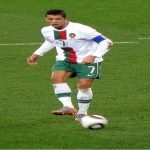