Frank Lampard has been sacked by Chelsea after 18 months as head coach and will be replaced by Thomas Tuchel.

In a statement, Chelsea said, “results and performances have not met the club’s expectations, leaving the club mid-table without any clear path to sustained improvement”.

Tuchel, who quit PSG in December and formerly oversaw Borussia Dortmund, will be Chelsea’s next head coach. Plans are underway to assign him before the game against Wolves on Wednesday. The German is the only candidate for the position.

Nevertheless, after being given more than £200m to spend on new players in the summer, Chelsea discovers themselves ninth in the Premier League after 19 games, 11 points behind leaders Manchester United and five points off Liverpool in fourth.

Lampard took the side on a 17-game unbeaten run but away won against to Everton, Wolves, Arsenal, and Leicester, and a 3-1 home defeat to Manchester City have cost him his job.

In a statement, Abramovich said: “This was a very difficult decision for the club, not least because I have an excellent personal relationship with Frank and I have the utmost respect for him.

“He is a man of great integrity and has the highest of work ethics. However, under current circumstances, we believe it is best to change managers.

“On behalf of everyone at the club, the board and personally, I would like to thank Frank for his work as head coach and wish him every success in the future. He is an important icon of this great club and his status here remains undiminished. He will always be warmly welcomed back at Stamford Bridge.”

Pretty comprehensive, this one. @tammyabraham is your MOTM from our win against Luton Town 💪 https://t.co/fGWXqRkJAY pic.twitter.com/cTSs1i7Rj4

Tuchel won the DFB-Pokal in 2017 with Dortmund before a brief but trophy-laden spell in Paris, which saw him win two Ligue 1 titles and a French Cup as entering the final of last season’s Champions League, which they lost to Bayern Munich.

Those losses to Manchester City and Leicester mean Chelsea haven’t won any of the six games they’ve had against teams currently above them in the table. It’s a statistic that does not reflect well on a head coach aiming to win respect for his tactical ability.

Nor did the constant team changes over recent weeks, which saw Antonio Rudiger swiftly promoted from exile to the first-choice center-back, Jorginho suddenly return to midfield – and Lampard uses no fewer than 17 combinations in the front three across the Premier League and Champions League.

The goals conceded column, set-piece susceptibility, and wasteful finishing continued to hold the team back, despite the expensive outlay. Lampard leaves the team ninth in the Premier League on 29 points. That’s five places and three points worse off than at the same point last season. 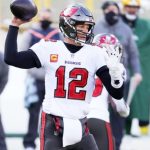 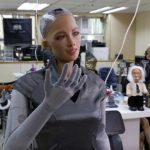