The last game of the group stage of EURO 2020 was held at Allianz Arena, as Germany, who ripped Portugal 4-2 in their last game, hosted Hungary, who earned a well deserved 1-1 draw against 2018 WC Champions.

Germany lined-up with 4-3-3 with Gnabry leading the attack while Hungary started with a defensive shape of 5-3-2.

As expected the early attack was started by the Germans who looked comfortable on the ball. But just after 10’ the Germans took a huge blow by conceding the first goal of the game. They had lost possession in their own half and Hungary were quick to build up a counterattacking game. From the right flank came a perfect cross by R. Sallai towards Hungary captain. A. Szalai, whose diving header was too good to be saved by the Germany’s no.1.

Germany now tried to respond to the goal straight away. Hungary now looked like they will be fine sitting deep into their half and soak the pressure and rely on counterattack once they get a chance.

Germany was struggling to crack the solid defence of the opposition with having just of couple o good chances which didn’t bother the opposition much.

The second half started in similar way with Germany looking for an equalizer. They did get some free kicks but couldn’t find the back of the net. On the other hand, Hungary again came close to scoring when Sallai’s free kick hit the post at 62’.

At 66’, Germany finally got the equalizer they were looking for. Kross fired a cross into the box which was misread by the goalkeeper. Hummels headed the ball towards the net and Havertz was there to nod the ball into the back of the net.

The Hungarians were quick to reply with another goal to make it 1-2 at 68’. Andras Schafer headed the ball provided by Szalai from top of the German defence.

It looked like the opposition would get another goal as they weren’t just playing defensively but playing the ball forward. It seemed like the 2014 WC winners will not be able to make it to the next round but at 84’, Leon Goretzka’s shot took a slight deflection and went into the net, making it 2-2.

It was a great game and great show by both the sides. Hungary were solid throughout the game but their hearts were broken at the end of the night by Gorentzka’s equalizer. They showed character against the Germans but shouldn’t be much disheartened by their performance in this competition as they salvaged a draw against France and Germany.

Germany just needed a draw to enter the next stage and a draw is what they got. Though not the greatest performance by them they now face England in the last 16 at Wembley. 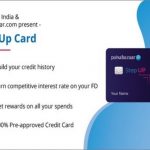 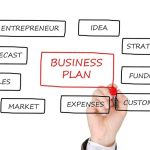