Telangana Gig and Platform Workers Union had taken up the case of Uber driver Niredi Srikanth, who could not continue with the ride-hailing service after returning from Tirupati with a shaven head.

“Uber needs to explain what they mean by violation of community guidelines. It’s a question of somebody’s livelihood,” said Shaik Salauddin, president of Telangana Gig and Platform Workers Union who flagged out the issue on the micro-blogging site earlier this week.

Neradi Srikanth has been an Uber driver since 2019 and has made 1,428 trips so far for the taxi aggregator platform. The 23-year-old has a 4.67 rating on the app but has been locked out of it since Feb 27, 2021. While he says, it’s because he shaved his head. The Uber’s app’s facial recognition AI couldn’t recognise him without hair; Uber has noted that Srikanth has been locked out of the platform due to “community guideline violations”. The company did not specify what Srikanth’s offense was.

“I had shaved my head as I had visited Tirupati, but the app could not recognise me and locked me out. I visited the Uber office at Kondapur daily for 25 days, asking them to unblock and reinstate my account. They told me that I am banned from the app,” said Srikanth.

Uber has denied that Srikanth was locked out of the app over facial recognition issues and alleged that he was removed due to “repeated violations of Uber’s community guidelines”. The company also said that their facial recognition tool could detect natural changes in a person’s appearance, such as long or cropped hair.

However, Shaik Salauddin, the state president for the Telangana Gig and Platform Workers Union, says Srikanth is not alone facing facial recognition features. “There are thousands of drivers like him all over the country facing the same problem. The Uber app locks the driver out of the app if their facial recognition technology is unable to recognise the driver. This issue is also faced by drivers of Ola,” he alleged.

Salauddin had taken up Srikanth’s case on Twitter and reached out to Uber. Uber Support responded, asking to share Srikanth’s details via direct message.

Hi @ShaikTgfwda. We rechecked. The driver didn't lose Uber app access due to change in appearance but due to repeated violation of community guidelines. Facial recognition allows for physical changes (beard/hair etc.). Drivers can visit Partner Seva Kendra for assistance too.

Uber announced the launch of its selfie-powered real-time ID check in India sometime in 2017. Uber’s Real-Time ID checks ask drivers to periodically take a selfie in the Uber app before accepting a ride. The app uses Microsoft Cognitive Services to compare the selfie photo to the driver’s picture linked to their Uber account. If the two images don’t match, the account is temporarily blocked. A pilot for this project was first rolled out in the US; in 2016, Uber claimed the technology successfully verifies more than 99 % of the pilot program drivers.

Uber’s Chief Security Officer Joe Sullivan is quoted on the platform’s blog as saying, “Real-time ID check prompts drivers to share a selfie before going online to help ensure the driver using the app matches the account we have on file. This prevents fraud and protects drivers’ accounts from being compromised. It also protects riders by building another layer of accountability into the app to ensure the right person is behind the wheel.” The feature has been launched in India, New Delhi, Mumbai, Bengaluru, Hyderabad, and Kolkata, and more cities will follow.

Salauddin says the company began insisting on real-time ID checks before every ride sometime in 2020, at the start of the COVID-19 pandemic. “Like Srikanth, many have been doing the rounds of Uber offices in their cities, but there is no manager or any staff that can take decisions to solve their complaints. The drivers are left stranded for days without work and money and no one to resolve their problems,” Salauddin adds.

Srikanth says he has missed EMI payment for the car he had bought on loan for March, as he has not been able to earn it after Uber blocked him out.

On Mar 19, 2021, Techcrunch reported that driver unions in the United Kingdom (UK) have called upon Microsoft to suspend the Facial Recognition system used by Uber. Microsoft Azure, a cloud computing service by Microsoft, provides a facial recognition AI service integrated into apps such as Uber.

The UK-based App Drivers and Couriers Union (ADCU) and Worker Info Exchange found seven cases where drivers were misidentified, leading to the suspension of their driver’s license by Transport for London (TfL). Wired, a digital tech magazine, reported that as many as 14 couriers with Uber Eats were suspended after the facial recognition system failed to recognise them, leading to loss of livelihood. In all these reported cases, the misidentified persons were black, Asian, or minority ethnic communities.

The issue is not restricted to drivers alone, says Salauddin.

“App-based workers in general bear the consequences of numerous such technological failures which adversely impact their daily earnings. There are no mechanisms to make digital platforms liable for such failures. This case illustrates the acute need to create systems that penalise platform businesses for their technological failings and make them liable to compensate workers for their losses and foregone earnings,” he adds.

Salauddin said that the union had noticed the many issues faced by Ola, Uber, and other drivers of app-based companies. “We hope that the companies take cognizance of app-based transport workers engaged with Ola and Uber and bring in policy changes at the earliest. We expect to speak with the decision taking management authorities and officials with the government mediating the whole process,” he added.

Responding to questions by TNM, an Uber spokesperson said, “The driver in question had visited an Uber Partner Seva Kendra when he was unable to log in, and it was communicated to him that his access to the app had been removed due to repeated violations of our community guidelines, which set the highest possible safety standards on our platform”.

“In case drivers face a problem logging in due to any technical issue with the selfie verification process, they have the option to visit the nearest Uber Partner Seva Kendra for a manual review of their profile,” the spokesperson added. 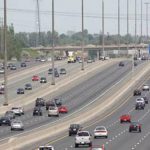 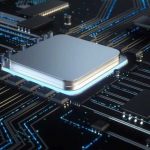