Criticism of the government, even in the harshest terms, must be safeguarded from criminal prosecution under indictments of hate speech or public mischief, sanctioned by the Supreme Court on Monday, delineating the silhouettes of hate speech and constitutionally-protected freedom of expression.

In a 128-page judgment, justices AM Khanwilkar and Sanjiv Khanna held that “disloyalty” to the government by law and remarks was not an offense if it did not ring for unrest and civil disorder. The judges, who were listening to a petition by journalist Amish Devgan to repress FIRs over his questionable statements on Sufi seer Moinuddin Chishti, also intensified that “political speech relating to government policies requires greater protection for preservation and promotion of democracy” as the freedom to express and speak is the essential ailment for political democracy.

“Comment or criticism of the government action, in howsoever strong words, must be protected and cannot be a ground to take penal action unless the words are written or spoken, etc. have pernicious tendency or intention of creating public disorder,” declared the bench, enlarging that law and policies are not self-governing unless they have been made and subjected to the democratic procedure comprising questioning and criticism.

“Dissent and criticism of the elected government’s policy, when puissant, deceptive or even false would be ethically wrong, but would not invite penal action…Government should be left out from adjudicating what is true or false, good or bad, valid or invalid as these aspects should be left for open discussion in the public domain,” held the court, singling out that elected diplomats in power have the right to concede and scatter skepticism.

The court retained that without fascinating the impressions that accelerate public disturbance by acts of violence, “political views and criticism cannot be made subject matter of penal action” because there is a discrepancy between ‘government established by law’ and ‘persons for the time being engaged in carrying on the administration.’

“Disloyalty to the government by law and comments even in strong terms on the measures or acts of the government so as to ameliorate the condition of the people or to secure cancellation or alteration of those actions or measures by lawful means, without exciting of those feelings of enmity and disloyalty which imply excitement to public disorder or use of force, is not an offence,” asserted the bench.

The court interpreted that what would not be safeguarded is an anti-democratic sermon in a public and political revolutionary oration in specific, which has no practical objective, if and only when like stimulus to violence that ‘creates,’ or is ‘likely to create’ or ‘promotes’ or is ‘likely to promote’ public disruption.

During a television show on June 15, Amish Devgan made offensive remarks against the prophet held in lofty appreciation by tens of thousands of supporters. The journalist tweeted his apology soon after the show. Still, numerous FIRs were recorded against him worldwide under hating speech laws and portraying a community’s religious feelings.

The court refused to quell the FIRs on the basis that it would be for the trial court to evaluate the subject of the TV debate to demonstrate whether his testimonies infringed any law or not. It, nevertheless, clubbed all the FIRs into one case to be undertaken at Ajmer in Rajasthan and also defended Devgan from arrest till the fulfillment of the inquiry on the circumstance that he will work together with the investigation. Simultaneously, the judgment, penned by Justice Khanna, considerably examined the notion of hate speech. It asserted that any endeavor to disseminate racism based on race, religion, caste, creed, or provincial genealogy must be denounced.

Characterizing ‘tolerance’ as enormous integrity, the court said, “Dignity of citizens of all castes, creed, religion, and the region is best protected by the fellow citizens belonging to non-targeted groups and even targeted groups. As stated earlier, in a polity committed to pluralism, hate speech cannot conceivably contribute in any legitimate way to democracy and, in fact, repudiates the right to equality”. 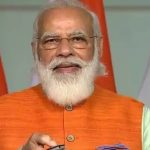 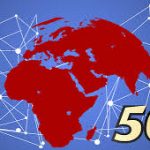