Thousands of farmers from Haryana and Punjab are protesting in and around Delhi against the three farm laws, passed by Parliament in September.

As the stalemate over controversial farm legislations embarked ninth day on Saturday, farmers’ leaders and government are holding the fifth session of talks at Vigyan Bhavan, Delhi. During the meeting, the farmers contended on an allegiance from the government’s side while proclaiming that they “don’t want any further discussion and want to know what they have decided,” news agency ANI reported.

“We have material with us to last a year. We’ve been on road for past several days. If government wants us to stay on road, we’ve no problem. We won’t take path of non-violence,” news agency ANI  quoted farmer leaders as saying at the meeting.

“We do not want corporate farming. The government will benefit from this law, not the farmer,” they also said, as per ANI report.

Thousands of farmers from Haryana and Punjab are boycotting in and around Delhi against the three farm laws, enacted by Parliament in September. While the Central government has persuaded that the laws are in favour of the agriculture sector, farmers have put forward misgivings regarding the Minimum Support Price (MSP). They also fear that after these laws will leave them at the pity of massive corporates.

Before Saturday’s discussions, four rounds of negotiations have taken place between Union ministers and farmers’ diplomats. Among them, two rounds of addresses took place amidst the ongoing uprisings. So far, the talks have been inconclusive.

Nonetheless, the Centre did approve to reexamine the lately legislated statute and generate emendations if required to deal with the farmers’ desires after Thursday’s dialogue. The farmers, though, asserted that they did not want amendments to the recent laws but want them rolled back exclusively.

The farmers are rebelling against the Farmers’ Produce Trade and Commerce (Promotion and Facilitation) Act, 2020, the Farmers (Empowerment and Protection) Agreement on Price Assurance and Farm Services Act, 2020, and the Essential Commodities (Amendment) Act, 2020.

Meanwhile, the agitating farmers called for a ‘Bharat Bandh’, a nationwide invasion, on December 8 where they said they would obstruct all toll plazas and roads leading to Delhi.

Various other farmers’ organisations supported the call for the Bharat Bandh. Hannan Mollah, general secretary of All India Kisan Sabha, said, “We need to take this protest forward.” 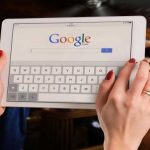 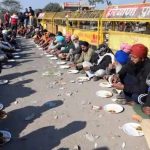