Big news coming from Kashmir valley as security forces were able to bring down the Hizbul Mujahideen ‘operational chief’ Saif-ul-Islam Mir, who succeeded Reyaz Naikoo, during a search operation in Rangreth area of Srinagar on Sunday.

One militant, who was associated with him, was also apprehended during the encounter.

IGP Vijay Kumar told the press that they had received some inputs regarding the location of the militants from Anantnag police and once they reached the area, they gave the terrorist an opportunity to surrender. However, he started firing at the security forces indiscriminately and was eventually gunned down. The operation was jointly launched by Kashmir Police, Central Reserve Police Force and [later] Army as well.

Mir was active as Hizb’s chief since 2014 and was responsible for recruiting innocent youths of Kashmir into picking up guns and enter terror related activities.

“This is a big success for the police and security forces. We have captured alive a suspect from the spot as well and are questioning him.”- IGP Vijay Kumar

We got info last night about a terrorist present at a house in Srinagar.Operation was launched & during encounter today, he was killed. We're 95% certain that he's Hizbul Mujahideen Chief Commander. One suspect arrested. It's a great achievement of our security forces: Kashmir IG pic.twitter.com/3E7DF9ErX2

Mir, who belonged to Malangpora village in South Kashmir’s Pulwama, joined the terror outfit in 2014. He had a diploma in medical electronics from Industrial Training Institute (ITI) and had worked as a technician in Srinagar. He was codenamed “Ghazi Haider”.

“The outfit is once again, Leaderless” 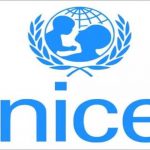 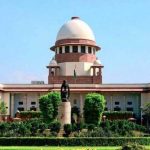