The fundamental duties are present under the constitution of India. These are the duties which people shall follow because they are given under it, there are 11 duties mentioned in it. There is no compulsion on the citizens to follow it daily and accordingly except for the one duty. There is no penalty for disobeying them in the eyes of the court. They are only made because of the spread of the brotherhood or the peace in society.

Fundamental Duties in the Indian Constitution

The other fundamental duties obligate all citizens to respect the national symbols of India, including the constitution, to cherish its heritage, preserve its composite culture, and assist in its defence. They also obligate all Indians to promote the spirit of common brotherhood, protect the environment and public property, develop the scientific temper, abjure violence, and strive towards excellence in all spheres of life.

The fundamental duties are mentioned in Article 51A under part IV-A. They are the obligation of every citizen of India.

The above mentioned all are only obligatory in nature means, every citizen follow them by their own will and voluntarily there is no legal obligation on them to follow them, therefore there is no penal consequences foe them also in India.

The eleventh duty is very important between the others, it was inserted in this article under the 82nd amendment in 2002 which is: –

“Who is a parent or guardian to provide opportunities for education to his child or, as the case may be, ward between the age of six and fourteen years.”

It is the most important because it is the only duty which is compulsory to follow in the eyes of law, it became compulsory in this case,

In the Unni Krishnan case, the court held that: –

“That all the citizens who are below the age of 14 years have a right to free and compulsory education. Due to the increasing public demand for education, the government worked towards making education a fundamental right. In 2002, an amendment was inserted in Article 51A. Article 51(k) was added after Article 51(j) which stated that it is a fundamental duty of every citizen who is a parent or a guardian to provide opportunities for free and compulsory education to a child who is between 6 years to 14 years of age.”

So, that’s why it is the most important duty of the citizen and the only one which compulsory.

SCOPE of Fundamental Duties in the Indian Constitution

They neither have any constitutional provisions for the enforcement of the duties nor there any legal sanction or provision in any parliamentary law for any legal consequences for this, so because of it, the scope of duties is very narrow.

Everybody knows they should follow them properly but we all are also careless about them.

Importance of Fundamental Duties in the Indian Constitution 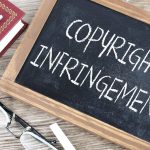 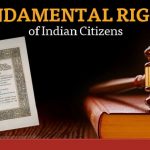