The agenda to internationalize Indian higher education universities by establishing campuses abroad could behold the United States as the introductory place. Biden has reflected a zeal to broaden the education structure.

Sources asserted that while the United States was selected as a destination to augment campuses, it was felt that the former US government under Donald Trump would not endorse the program.

“President Joe Biden is more receptive to expansion of the higher education sector in the US and in fact has also stated that education is on the top agenda under his government. Hence, the US is being reconsidered as a priority destination,” said the director of an IoE.

“While the programme structures are still at a discussion stage, the idea is that the campuses set up by Indian institutes in the US should be attractive enough. So, the fee will be lower than the traditional institutes there and students will also get a chance to visit India and other Asian markets as part of their practical training,” asserted the vice-chancellor of an IoE.

Under the Education Ministry’s proposal, IoEs will amass the independence to adjust and charge international students’ fees without any hindrance. Tie-ups may be another route. For instance, the National University of Singapore has tied up with Yale University for a Yale NUS campus.

Apart from the United States, where the Indian universities will target NRIs and local students, West Asia is another destination on the table.

“Setting up campuses in West Asia will offer us an opportunity to cater to the Indian diaspora in the region. Areas like engineering and medicine have a lot of scope for employment opportunities there, so students would be able to get access to skilled courses from reputed institutes like IITs locally,” said the professor and head of international relations at an IIT.

IoEs that are government-funded will get supplementary grants up to Rs 1,000 crore. These grants could be utilized for international expansion or to establish a temporary campus. 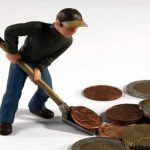 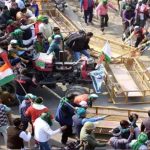