Despite the increasing delays, the agency feels that the presence of the IBC has resulted in some positive outcomes. According to credit rating agency ICRA, effective resolution plans under the Insolvency and Bankruptcy Code (IBC) might net financial creditors Rs 55,000-60,000 crore in fiscal 2021-22.

Financial creditors’ realizations from the resolution of Corporate Insolvency Resolution Process (CIRP) under the IBC fell dramatically in FY2021, with a total resolution amount of roughly Rs 26,000 crore, approximately a quarter of what they were in FY2020, according to the agency.

The agency’s Vice President and Group Head Structured Finance, Abhishek Dafria, said in a report, “As per our estimates, the financial creditors could realize about Rs 55,000-60,000 crore in FY2022 through successful resolution plans from the IBC”.

He added, “The increase in the resolution amount in FY2022 would depend on the expected resolution of a large housing finance company which is awaiting the NCLT’s approval but is also under litigation in the higher courts”.

The financial creditors realized in the current financial year would be dependent on the successful settlement of 8-9 big-ticket accounts, which might account for more than 20% of the agency’s expected realization for the year, he said. If the second wave of the pandemic does not diminish quickly, Dafria added, it might have an impact on the agency’s forecasts since the challenging operating environment might cause a halt in the resolution process, especially for smaller firms, as well as an increase in lender haircuts.

The pandemic, according to the agency, has raised operational hurdles for all parties participating in a CIRP, resulting in just a few cases providing a resolution plan. The suspension of new cases under the IBC for the whole fiscal year of FY21 slowed the settlement process dramatically.

“About 40 percent of the cases admitted by the NCLT were closed on appeal/ review or settled or withdrawn under Section 12A which highlights that at least some promoters have been more willing to pay their dues to keep the IBC proceedings at bay,” Report said. 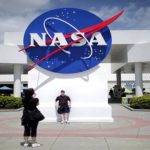