Secularism, which in general and lucid term means the principle of separation of the state from religious institutions. It aims at eradicating the inter as well as intra religious domination. It not only looks up at inter religious tolerance but also opposes minority oppression within the religion such as hinduism.

Some heinous crimes and evils made some particular class and gender of the society vulnerable to oppression. For example, untouchability, which prevented upper caste people from touching the so called lower caste people, which eventually resulted in low level of self esteem and dignity in such people. Superiority complex is another outcome of such practices. Child marriage, sati are some evils that were practiced in religious communities. Indian secularism supports religious reforms and thus has banned untouchability, child marriage and lifted the taboo on inter caste marriage sanctioned by Hinduism.

The Indian state is neither theocratic nor has it established any one or multiple religions. Beyond that it has adopted a very sophisticated policy in pursuit of religious equality. This allows it to either disengage with religion in American style, or engage with it if required. The Indian Constitution grant all religious minorities the right to establish and maintain their own educational institutions which may receive assistance from the state.

Some criticism that has been subjected to the Indian secularism includes,

(i) Anti-religious: Secularism is clearly against institutionalized religious domination but it isn’t equal to being anti-religious. Similarly, it has been argued that secularism threatens religious identity. Of course, it does undermines some of them: those, which are dogmatic, violent, fanatical, exclusivist and those, which foster hatred of other religions.

(ii) Western import: Secularism is often linked to Christianity and therefore considered as the western import but on the surface, in India from rousers, internet to democracy have their origins in West. The mutual exclusion of religion and state is not defining nature of all states. The idea of separation can be interpreted differently by different societies. In the west, it was the church-state separation which was central and in countries such as India, the idea of peaceful coexistence of different religious communities has been important.

(iii) Minoritism: It is true that Indian Secularism advocates minority rights as the most fundamental interest of minorities must not be harmed and must be protected by constitutional law.

(iv) Interventionist: Everyone thinks Indian Secularism to be coercive and that it interferes excessively with the religious freedom of communities. Indian Secularism follows the concept of principled distance which allows for non interference.

(v) Vote bank politics: As an empirical claim, that is not entirely false. First, in a democracy politicians are bound to seek to seek votes. If secular politicians who sought the vote of minorities also manage to give them what they want, then it is a success of the secular project, which aims after all, to also protect the interests of the minorities.

Today’s Secularism is all about bashing Hinduism and raising irrelevant arguments and questions about the same. Moreover, Indian media has made it worse for the common people to think freely and fairly.

“Equal respect for all religions” isn’t a statement in which you can capture the whole of the Indian Secularism. It isn’t only giving equal respect to all religions but all betraying or disrespecting some particular practices of certain religions which aren’t justified by humanity.

Demand for removal of EIA 2020 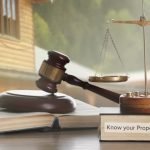