Costume Designer Bhanu Athaiya, India’s first Oscar winner, died at her home on Thursday after delayed ailment, her girl said. She was 91.

Athaiya, who won an Oscar for her work in the 1983 film Gandhi, died calmly in her sleep, her daughter Radhika Gupta told PTI.

The last customs occurred at the Chandanwadi crematorium in South Mumbai.

India’s first Academy Award winner #BhanuAthaiya has passed away at the age of 91https://t.co/7h4n4mAW69

“She died early toward the beginning of today. Eight years back, she was determined to have a tumor in her mind. Throughout the previous three years, she was incapacitated on the grounds that one side (of her body) was deadened,” her daughter said.

Athaiya, who was born in Kolhapur, started her vocation as an ensemble creator in Hindi films with Guru Dutt’s 1956 super hit C.I.D. She won the Academy Award for Best Costume Design in Richard Attenborough’s Gandhi alongside John Mollo.

In 2012, Athaiya restored her Oscar to the Academy of Motion Picture Arts and Sciences for safety’s sake.

In a profession traversing fifty years and more than 100 movies, she won two National Awards – for Gulzar’s puzzle dramatization Lekin (1990) and the period movie Lagaan coordinated by Ashutosh Gowariker (2001).

Bhanu was a renowned costume designer born as Bhanumati Rajopadhye in Kolhapur; she debuted in film CID.

She was the 1st Indian to win an Oscar.

In the 3rd photo, she is seen with #BenKingsley during the shoot of ‘Gandhi’. pic.twitter.com/2RnSlI9ILP 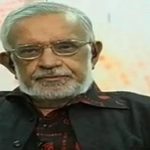