L&T bags contract to build India’s longest river bridge. A, four-lane, 20 km brigde to be built along NH 127-B, across the Brahmaputra river and will connect Dhubri in Assam to Phulbari in Meghalaya The bridge is said to reduce the travel distance between the two North Eastern States by approx. 200-250 km.

The construction division of Larsen & Toubro Ltd (L&T) has secured the contract to build India’s longest river bridge. L&T is L&T Construction, the construction arm of infrastructure major Larsen and Toubro (L&T). The bridge will significantly improve the connectivity of the North Eastern states with the rest of the country.

L&T secured the lowest bid of ₹3166 crore to construct the 20 km, 4-lane bridge and as such, it is expected to be completed by 2026-27. The project is being financed by JICA (Japan International Cooperation Agency). The bridge was proposed 5 years ago by the National Highways and Infrastructure Development Corporation Limited (NHIDCL). The total capital cost of the project is expected to stand at Rs 4,997.04 crore which includes a land-acquisition and resettlement cost of Rs 55.68 crore.

Larsen and Toubro has won the contract to build India's longest river bridge.

The bridge will be 19 km long and will be built along the NH 127-B across the Brahmaputra river. It will connect Dhubri in #Assam to Phulbari in Meghalaya. pic.twitter.com/FgqM4SZc5n

“This is an extremely challenging project, and we thank our client, National Highways & Infrastructure Development Corporation for reposing confidence in our capability to build a such a defining piece of infrastructure,” said S V Desai, whole-time Director, Senior Executive VP(Civil Infrastructure), L&T. He added, “Not only will it be an important passage for offering easier access to our North Eastern international borders but will give a huge fillip to trade and commerce in the region for the accelerated development of all the North Eastern States especially Assam, Meghalaya, Tripura and the Barak Valley.”

L&T construction wins order to build a river bridge between Dhubri in Assam and Phulbari in Meghalaya.https://t.co/9FiJpxDYWj

The 20-km long bridge, to be built along NH 127-B, across the Brahmaputra river will connect Dhubri in Assam to Phulbari in Meghalaya. It will also establish a vital link between Assam and Meghalaya by reducing the distance between the two states by approx. 200-250 km.

The longest river bridge will have huge strategic relevance as it is expected to improve the connectivity of the North Eastern states with the rest of the nation. Assam’s easternmost bridge, the Bhupen Hazarika Bridge, across the River Lohit, one of the tributaries of the Brahmaputra, is currently India’s longest bridge at 9.15 km. The bridge was inaugurated by Hon’ble Prime Minister Narendra Modi in May last year. 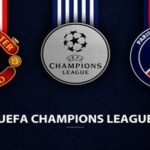 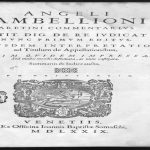