India, Bangladesh to re-launch cross-border rail route after 55 years. Five decades earlier, trains used to frequently run through this route to what was then East Pakistan but that came to an end during the 1965 Indo-Pakistan war.

The rail route connects Haldibari in West Bengal to Chilahati in Bangladesh. The prime ministers of both countries will inaugurate the rail line next week when they meet for a virtual summit on December 17. Reports claim at least four MoUs can be signed next week. These agreements are expected to boost bilateral cooperation. The summit is the culmination of a series of overtures that New Delhi has made to Dhaka.

Expressing its interest to send a full length empty inaugural train across the border, Bangladesh Railway has formally requested Indian Ministry of Railway to make necessary arrangement to receive the rack.https://t.co/6cJ0BuClUK

In August, India’s foreign secretary Harsh Vardhan Shringla had travelled to Bangladesh to boost cooperation. Prime Minister Modi had sent a personal message to Sheikh Hasina through the Indian diplomat since then India and Bangladesh have focused on speeding up several connectivity and transit projects.

“Prime Minister Narendra Modi and his Bangladeshi counterpart Sheikh Hasina will inaugurate Haldibari-Chilahati rail route on December 17,” NFR Chief Public Relations Officer Subhanan Chanda said. A goods train will run from Chilahati to Haldibari, which is under the Katihar division of the NRF, to mark the opening of the route, Chanda further added.

Indo-Bangladesh Cross-Border Rail Route Set to Re-Open After 55 Years – https://t.co/NfgmIkDuV6 – The rail route between Haldibari in West Bengal and Chilahati in neighbouring Bangladesh is all set to reopen after a gap of 55 years on December 17.
According to reports, the pr… pic.twitter.com/1HFe5DImq4

The distance between Haldibari railway station till the international border is 4.5 kilometres while that from Chilahati in Bangladesh till the zero point is around 7.5 kilometres, sources in the NFR said.

The Ministry of External Affairs on Tuesday informed the authorities of the decision to reopen the rail route, said Katihar Divisional Railway Manager Ravinder Kumar Verma. When passenger train service begins on this route, people will be able to travel to Kolkata from Jalpaiguri, which is near Siliguri, in seven hours, five hours less than what it takes now, Verma said after visiting Haldibari station on Wednesday.

There are also plans to begin running passenger trains along the route between Dhaka and Siliguri. It is expected that the first of these will run in March 2021. Katihar Divisional Railway Manager Ravinder Kumar Verma also noted that when passenger train services begin along the route, the time it takes to travel from Kolkata to Jalpaiguri, near Siliguri will be reduced by five hours, and will take just seven hours. 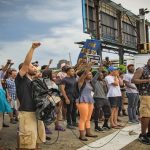 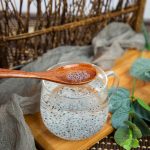