Stating that an attack on the fourth estate without evidence shakes faith in good governance, Advocate Siddharth Nayak, Managing Partner of Atharva Legal LLP, has filed a complaint with the National Human Rights Commission (NHRC) over the “unlawful” arrest of journalist Arnab Goswami.

“Blatant and brazenly illegitimate action of arresting Goswami under Section 306 and 506 of the Indian Penal Code 1860 with regard to a suicide case registered and closed in 2018,” the complaint stated.

“The police forcibly shut off news cameras before barging into the residence of Mr Goswami and attacking and thrashing a reputed national TV news journalist. The police even went to levels of misbehaving with Mr Goswami’s elderly parents, in-laws, and assaulting his son,” the complaint further stated.

“Attack on the Fourth Estate without any evidence or verifiable facts, on the basis of closed case being reopened with the sole aim to make an unwarranted illegitimate arrest of Goswami is extremely shocking to the point that it shakes India’s belief in good governance and policing” the complaint emphasized.

NHRC has further been put in the picture that no summons were handed round by the police before arresting Goswami and that he was also turned down for all legal or medical assistance “despite his injuries in the physical assault perpetrated by the Police.”

Leveling accusations against the police officer escorting the team that took into custody Goswami today, Nayak states that Assistant Police Inspector Sachin Hindurao Waze is an

“infamous ‘encounter specialist’ who holds the blighted disrepute of as many as 63 extra-judicial murders“. 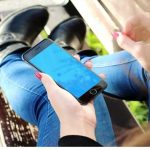 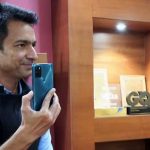