Story of my life.

Look back at some major Instagram milestones over the years 🎉https://t.co/7LHByNeQcl pic.twitter.com/c8WS1xqzX5

“It’s Instagram’s birthday today and we want to say a big thank you to everyone who uses Instagram around the world.”

This year, Instagram celebrated its 10th year, as a photo and video sharing social networking service. Instagram was officially launched on 6th October, 2010 as an iPhone app. Within one month, it gained 1 million users (comparatively, it took Foursquare and Twitter two years to reach the 1 million user milestone). After 8 years, as of June 2018, Instagram has reached the 1 billion monthly active user mark. That’s a big milestone for the mainly mobile photo sharing network. More than 500 million active users are using the platform daily.

Look back at it 👀

A peep at the other side of the classic Instagram logo for some fun on our birthday 🎉 pic.twitter.com/C7wGRvUosH

As of now, the Instagram app is one of the most popular social networks worldwide. A little over 7 years ago, in June 2013, Instagram had 130 million monthly active users. Since then, it’s grown 10 times, as it’s easy to get sucked in to mindless scrolling when you’re on Instagram, especially if you follow a lot of accounts that post photos and videos of adorable animals.

It’s our birthday today 🎉 and @taycassidyj is reliving some of the most unforgettable Instagram moments ever. 🔥 https://t.co/nFiWMhkqcd pic.twitter.com/nuDZ2WZSMF 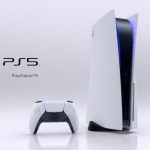