On Tuesday, Israel’s Competition Authority said it was considering inflicting a fine of about 6 million shekels ($1.8 million) on Facebook and its Israeli unit for buying two Israeli companies without the agency’s authorization. It said the fine is subject to a hearing. Facebook has the right to submit its contentions to the authority’s director-general Michal Halperin within 60 days.

The authority said it sent a hearing letter to Facebook after it found the social media giant purchased two Israeli companies — RedKix Inc in 2018 and Service Friend Ltd in 2019 — without authorization and violative of Israel’s Economic Competition Law.

“Facebook was obliged to report the transactions required the director general’s consent since Facebook is a ‘monopolist’, whose market share in Israel exceeds 50 percent,” the authority said.

Under the law, an entity that holds 50 percent or more in any relevant market is required to obtain the director general’s consent before making any transaction that constitutes a “merger of companies”, it noted.

The authority said Facebook, together with Instagram, is deemed a monopoly in the social network market in Israel.

Facebook Israel refuted any transgression and said in a statement it was banding fully with the competition authority’s investigation.

“We will respond to the authority’s preliminary claims to demonstrate that they are without merit or foundation,” it said. “There was no reporting obligation in relation to these transactions and we believe that the authority will reach the right conclusion.” 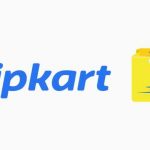 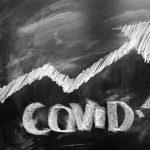