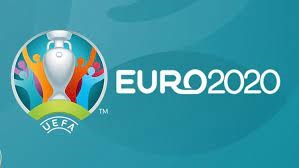 The Stadio Olimpico hosted the UEFA EURO 2020 opener as the Italians welcomed Turkey at their home stadium with a crowd of 16,000 present.

Ciro Immobile led the front three from Italy’s side as Italy coach, Roberto Mancini picked 4-3-3 formation as the Italians looked to make a statement after their humiliation of not qualifying for the 2018 World Cup in Russia.

The Turkish side was led by their captain Burak Yilmaz along with his Lille teammate Yusuf Yazici.

It was a quick Italian side as they went up to attack straightaway. The Turkish took their time to settle into the game by defending the Italian attack. Insigne was the main man in the initial stages of the Italy’s game as they were combining on the left flank off the ground. His effort went into the far corner as he couldn’t connect well with the ball at 18’. Bonucci also had a go at the goal but again, it was way wide the goal.

The Azzurri’s first real chance came at 23’, when Chiellini’s header was saved by the Turkish goalkeeper. It was already going over the bar but nonetheless it was a good header and an even better save.

Italy were on a repeated attack while the Turkish were not able to even get the possession to attack. Turkey also conceded a penalty but the shout for handball was dismissed at 45’.

It was a similar scene after the half time whistle but for the Turkish side it all went downhill from 53’ when a cross from Berardi ended up hitting Turkey’s Demiral and went into the goal. Euro 2020’s first goal was thus an own goal by Demiral. Very unlucky as till then they had defended quite well.

It looked like Turkey lost all its discipline after conceding the first goal. Nothing but Italy’s attack was shown. It was obvious who will score the next goal and which team will register the first win of this tournament.

At 66’, Ciro Immobile made it 2-0 for Italy. As Ugurcan Cakir made a strong save, the rebound was hit by Immobile who doesn’t seem to miss much. The Lazio striker calmly finished the ball into the net.

The Italian side still wasn’t done with the game. They kept firing up and making runs to score more goals and the inevitable happened at 79’ when Insigne sealed the win for the Italians with a beautiful curled finish.

The Azzurri made a strong comeback from their failure and now Roberto Mancini’s men are 28 games unbeaten!

1 – This is the first time in European Championship history that the first goal of the tournament has been an own goal. Unfortunate. #EURO2020 #TURITA pic.twitter.com/iMMPQQnXVB

Roberto Mancini took over Italy after they had failed to qualify for the World Cup, and slipped to their lowest point in the FIFA rankings since the rankings were created in 1992.

On the way back up 📈 pic.twitter.com/Oh6ooyd87n

So good to be able to play this tournament in front of fans. pic.twitter.com/JiYnZ2Wphk 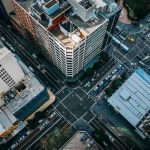 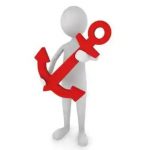