Mumbai: India’s IT sector is encountering a sequential advancement in employing since the lockdown in 2020, glimpsing a 39 per cent increase in job postings in January compared to the previous month, according to a report.

IT sector was followed by BPO (10 per cent growth) and banking (6 per cent), according to the report by job site SCIKEY.

Job postings have seen a crucial rise in several metro cities, including Bengaluru, Hyderabad, Pune and Delhi, accounting for more than 50 per cent of jobs in the sector in January 2021, it added.

The report by SCIKEY Market Network has analysed data from over 15,000 job postings across India.

Further, the report revealed that Bengaluru and Hyderabad are the highest paying cities for India’s IT jobs for a salary bracket of Rs 25 lakhs or more.

Bengaluru also tops the chart for jobs with a salary bracket for less than Rs 6 lakh and between Rs 6-15 lakh, it added.

The report said project managers are highly in demand in the IT sector (47 per cent), followed by construction (6 per cent), banking (4 per cent) and recruitment (3 per cent).

Digital marketing (30 per cent) is also one of the top roles for hiring compared to other industries, it added.

“The IT sector has made extraordinary progress in recovering the jobs lost despite the pandemic. IT professionals are playing a critical role in digital transformation and enabling many sectors of the economy to continue to operate through remote work. Although, some parts of the jobs market are still struggling, IT employment remains in a bright spot. If the growth continues, we will soon see a recovery in all the lost IT jobs,” SCIKEY co-founder Akshay Sharma added. 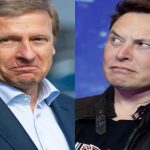 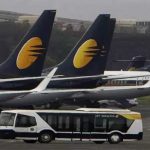