Zlatan Ibrahimovic:  Who would have guessed that one day a 34 year old Zlatan will come to Man Utd for free and be their top scorer in his first season? 28 goals in a season weren’t bad for the Swedish striker. He also came with a huge confidence booster for the squad and with that great Zlatan Attitude which might have played as vital role in development of young players like Rashford and Martial. (8/10)

Paul Pogba: Say whatever you want but he’s one of United’s best players and a top performer in the Premier League. The only reason people hated him is because of his price tag, €105 million, and coming to Man United. As you don’t hear people criticizing Griezmann, Dembele or Coutinho after failing to impress in Barca despite costing €120 million, €138 million and €145 million respectively, much more than Pogba at United. Shame what happened between him and Jose because he did play an important role in United’s Europa League campaign. However with the arrival of Van de Beek and Bruno Fernandes, Pogba might get a chance to show his true talent with great players surrounding him to help him move forward and join the attack. He just needs to find that consistency to deliver in most matches. (7/10)

Romelu Lukaku: 24 goals in his first season weren’t bad for the Belgian. He could have been great under Ole if only people backed him for his contribution. But the reason Man UTD fans didn’t like him much was because how he always talked about leaving United for other clubs and also sometimes didn’t show up against big teams, except for that PSG game of course. He is a great goal scorer but letting him go was actually good for everyone. Ole wanted committed players and Romelu did not fit in the list. However, since his departure both Rashford and Martial have had a great striking partnership. (7/10)

Victor Lindelof: First season wasn’t great but from his second he proved how important he is in the defense. Great Defender with good ball distribution the player hasn’t really turned up in the 2019-20 season where there clearly seemed a lot of miscommunication between him and Harry Maguire in defense. (6.5/10)

Eric Bailly: He’s a beast when on the pitch, but the sad part is he isn’t available most of the time. Since his arrival, Bailly has missed around 315 days, meaning more than 52 games for united. If he continues to get injured again and again, do not be surprised if he is sold by Ole in future. (5.5/10)

Henrikh Mkhitaryan: Man, how much I love this guy… won’t deny that Jose kind of killed his career. He was United’s MVP in Europa league scoring 6 goals in 11 games. The 9 time Armenian Football of the Year, in the 2015/16 season, was voted as the Bundesliga Players’ Player of the Season; he finished the league as the assist leader with 15 assists. His time at United ended with a disastrous switch, probably one of the worst switches in football, when he joined Arsenal for Sanchez to join United. (6/10)

Nemanja Matic: Solid player but past his prime now. However, the Serbian surprised everyone by having a great 2019/20 for the reds and after signing an extension, he can be used for cup games and to give the squad some depth. (6/10)

Fred, Dalot and Grant: Never had much expectation from Fred when he arrived but since his game against PSG, his ratings have only gone up. The Brazilian was ridiculed in his first season at Old Trafford but surprised everyone now with his great display in the field. His partnership with McTominay was one of the best United saw a last couple of years and did a great job especially against top 6 and helped the team in Pogba’s absence.(7/10)

Dalot on the other is another player I just love in United. And as Neville said, he’s a long-term replacement for Valencia and can be used both as WB or RW. Jose spoke highly of him and he shows great promise. But people have this weird idea of letting this kid go just because United have got Wan Bissaka. See, every great team needs to have good backup, squad depth and we don’t know when an injury might happen and there is no one to replace Wan Bissaka on the RB position. What Dalot needs is experience and sending him on loan seen will be a great opportunity for him to grow. (5/10)

About Grant, I can’t say much because he’s only here to be back up for De Gea and Romero. And he’s here so that young keepers like Henderson and Pereira can be on loan. (5/10)

Sanchez: I just do not have words to describe his abysmal performance in the United shirt. Jose probably signed him to punish Ed Woodward for not backing him with the transfers he wanted. Apart from 2-3 good games, he never really played like he used to at Arsenal. (1/10)

Jose Mourinho spent around €470 million to sign 11 players. How would you rank the players Jose signed for Manchester United? 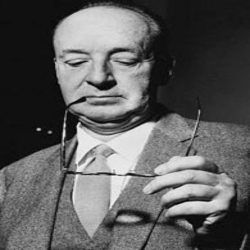