After Diljit Dosanjh’s tweet criticising Kangana Ranaut, she too has answered back with unpleasant words. Kangana took to Twitter on Thursday, calling Diljit filmmaker Karan Johar’s pet and herself a lioness. The Twitter fight escalated, with the Punjabi actor receiving enthusiastic support from many sections.

In another tweet, she wrote, “Listen, you vultures, do not consider my silence as my weakness. I see how you are instigating the innocent by lying to them and are using them. Just like Shaheen Bagh, the truth behind these protests will soon be out. Then I will write a brilliant speech and leave with your faces black,” she wrote and signed off as ‘Babbar sherni’.

Diljit retaliated saying, “Tuneh Jitne Logon Ke Saath Film Ki Tu Un Sab Ki Paaltu Hai…? Fer To List Lambi Ho Jaegi Maalko Ki..? Eh Bollywood Wale Ni PUNJAB Wale aa .. Hikk Te Vajj Sadey Jhooth bol kar logo ko badhkana aur emotions se khailna woh toh aap achey se janti ho (Are you the pet of all the people you have worked with? Then the list of your bosses must be long. This is not Bollywood but Punjab. Manipulating people by lying and playing with their emotions is something you know very well).” He added that he is not from Bollywood but Punjab and will give it back to her manifold. He said that he is not the one struggling in Bollywood. It’s filmmakers who bring him to work, inquiring of him to join their movies.

Kangana conceded, “Oh chamche chal, tu jinki chat chat ke kaam leta hai, main unki roz bajati hoon,jayada mat uchal,m ain Kangana Ranaut hoon tere jaisi chamchi nahin jo jhoot boloon, maine sirf aur sirf Shaheen Baag wali protestor pe comment kiya tha (You are a bootlicker, the one you try to please, I take them to task . I am Kangana Ranaut, not a bootlicker like you who would lie. I only spoke about the Shaheen Bagh protestor), if anyone can prove otherwise I will apologise.”

Diljit said that Kangana has no manners. “Bolan Di Tameez Ni Tainu.. Kisey di Maa Bhen Nu.. Aurat Ho Ke Dujeyq Nu Tu 100 100 Rs. Wali das di an.. SADE PUNJAB DIAN MAAVA SADEY LAI RAB NE.. Eh tan Bhoonda De Khakhar nu Shedh Leya Tu.. PUNJABI GOOGLE KAR LI (You have no sense how to speak to someone’s mother or sister. You are a woman yourself and are calling another one would work for Rs 100. Our mothers of Punjab are like God to us. You have poked the hornet’s nest. Google this Punjabi now,” he wrote.

In another tweet he said, “What school taught you to demean people’s mothers and sisters and call them labourers who’d protest for Rs 100.”

Responding to a tweet by Congress MP from Ludhiana Ravneet Singh Bittu, who has asked Punjab Chief Minister Amarinder Singh to initiate FIRs against Diljit and singer Jazzy B among others for being ‘Khalistani elements’ hijacking the agitation, Kangana said he was revealing the truth about “terrorists”. “… Sycophant and terrorists want to divide this country. They are dragging dadi without any reason to set their agenda. Shame on tukde gang…” she said.

In acknowledgment, Diljit let out it was she who strutted to earn something here, and everyone knew she was going to join politics. When Kangana called Punjab “the heart of the country,” which needed to be rid of “terrorists,” Diljit said India was not hers alone. He also indicted Kangana for striving to derail an amicable protest. “You’ve no other work than spitting nonsense 24 hours. What sort of nationalism teaches you to insult the country’s elders? You play the nationalism card every time,” he wrote.

After a day-long online skirmish, Kangana said she abides with farmers. “I am with farmers, last year I activity promoted agroforestry and donated for the cause as well, I have been vocal about farmers exploitation and their problems also I worry a lot so prayed for resolves in this sector, which finally happened with this revolutionary bill,” she said.

In the second tweet, she said she was sure that the government would sort it out. “This Bill is going to transform farmers lives for better in many ways, I understand the anxiousness and effect of many rumours but I am certain government will address all doubts, please be patient. I am with my farmers and people of Punjab hold a special place in my heart.”

Earlier in the day, Diljit had tweeted at Kangana, banging her for her statement on a senior Sikh woman. Kangana had apparently misidentified her as Bilkis Bano of Shaheen Bagh protests, saying that she had joined the farmers’ protests for just Rs 100. She soon withdrew the tweet.

In another tweet, Kangana asserted that Mahinder Kaur was given rise to the controversy from ‘don’t know where,’ not ratifying that she had starred in the initial tweet that she had posted. “I had only commented on Shaheen Baag dadi cos they instigated riots there even that tweet was deleted almost immediately, I don’t know from where they brought another elderly lady in to the picture and now endlessly spreading lies.Vultures trying to instigate mob against a woman,” she wrote.

Kangana has been delivered a legal notice as well by advocate Harkam Singh for her remarks against Mahinder Kaur. In the legal notice dated November 30, he proposed Kangana should have ascertained evidence before posting it on social media and mandated an apology for her tweets. She allegedly misidentified the woman. 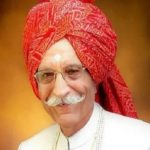 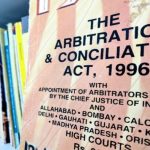