Administrative Action: What is its significance?

What is Administrative Action?

Administrative action is defined as any activity that is neither legislative nor judicial in character and is only focused on the study and management of a specific issue. It doesn’t have a process for gathering information and assessing arguments; instead, decisions are made based only on subjective pleasure and practical considerations. It does not determine what is right or wrong, nor does it wholly disregard the fundamentals of natural justice, even though it could have an impact on a right. Depending on the facts of each case, a minimal set of natural justice principles must always be followed, unless the legislation specifies otherwise.

It might be statutory, carrying legal weight, or non-statutory, lacking legal weight. The majority of administrative action is statutory since legislation or the Constitution grants it legal power, but in other circumstances, it may be non-statutory, such as when giving orders to subordinates that lack legal authority but may nevertheless result in disciplinary punishment if they are broken. The administrative power must operate honestly, impartially, and reasonably even if administrative action is typically discretionary and based on subjective satisfaction.

There are already too many cases waiting in our courts, which burdens our judiciary. Therefore, the judiciary cannot address administrative issues concurrently. To lessen the current burden on the court, quasi-judicial and quasi-legislative entities have been given authority. Because the executive branch has the authority to address crises like war, administrative action is always the best solution.

Administrative authorities have some powers that they effectively employ for the benefit of the citizenry. These powers are effectively used through a variety of administrative acts. Administrative decisions should adhere to fundamental fairness standards because if they don’t, they may be subject to judicial scrutiny. Any natural person or corporation can dispute an administrative action in court, and the courts can regulate these activities by issuing writs since the Supreme Court of India has the authority to do so under Article 32 of the Indian Constitution.

An Administrative Action can be classified into three types:

In India, administrative law was acknowledged as a distinct field of legal study in the middle of the 20th century. The preservation of public order, the management of foreign affairs, and the use of military forces were the exclusive duties of the state up until far into the nineteenth century. Today, things are very different. The state very significantly interferes in the lives of its residents in the name of public safety and upholding law and order. Administrative actions are those that are carried out by administrative legislation. A legal action known as an administrative action focuses on the behavior of a public administrative body. An authority may be forced to act in a particular way by this sort of activity. Even while it could have an impact, it does not determine a right. While using “administrative authorities,” the natural justice standards cannot be disregarded.

For the following reasons, administrative action may be subject to judicial review: 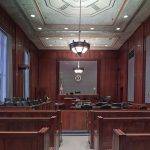