Alternative dispute resolution (ADR; known in some countries, such as India, as external dispute resolution) includes dispute resolution processes and techniques that act as a means for disagreeing parties to come to an agreement short of litigation. It is a collective term for the ways that parties can settle disputes, with the help of a third party.

Despite historic resistance to ADR by many popular parties and their advocates, ADR has gained widespread acceptance among both the general public and the legal profession in recent years.In fact, some courts now require some parties to resort to ADR of some type, usually mediation, before permitting the parties’ cases to be tried (indeed the European Mediation Directive (2008) expressly contemplates so-called “compulsory” mediation; this means that attendance is compulsory, not that settlement must be reached through mediation). Additionally, parties to merger and acquisition transactions are increasingly turning to ADR to resolve post-acquisition disputes.

The rising popularity of ADR can be explained by the increasing caseload of traditional courts, the perception that ADR imposes fewer costs than litigation, a preference for confidentiality, and the desire of some parties to have greater control over the selection of the individual or individuals who will decide their dispute. Some of the senior judiciary in certain jurisdictions (of which England and Wales is one) are strongly in favour of this (ADR) use of mediation to settle disputes.

Alternative dispute resolution in India is not new and it was in existence even under the previous
Arbitration Act, 1940. The Arbitration and Conciliation Act, 1996 has been enacted to accommodate the harmonisation mandates of UNCITRAL Model. To streamline the Indian legal system the traditional civil law known as Code of Civil Procedure, (CPC) 1908 has also been amended and section 89 has been introduced. Section 89 (1) of CPC provides an option for the settlement of disputes outside the court. It provides that where it appears to the court that there exist elements, which may be acceptable to the parties, the court may formulate the terms of a possible settlement and refer the same for arbitration, conciliation, mediation or judicial settlement.

Due to the extremely slow judicial process, there has been a big thrust on Alternate Dispute Resolution mechanisms in India. While the Arbitration and Conciliation Act, 1996 is a fairly standard western approach towards ADR, the Lok Adalat system constituted under National Legal Services Authority Act, 1987 is a uniquely Indian approach.

A study on commercial dispute resolution in south India has been done by a think tank organization based in Kochi, Centre for Public Policy Research. The study reveals that the Court-annexed Mediation Centre in Bangalore has a success rate of 64%, and its counterpart in Kerala has an average success rate of 27.7%. Further, amongst the three southern states(Karnataka, Tamil Nadu, and Kerala), Tamil Nadu is said to have the highest adoption of disputeresolution, Kerala the least.

Except for some interim measures, there is very little scope for judicial intervention in the arbitration process. The arbitration tribunal has jurisdiction over its own jurisdiction. Thus, if a party wants to challenge the jurisdiction of the arbitration tribunal, it can do so only before the tribunal itself. If the tribunal rejects the request, there is little the party can do except to approach a court after the tribunal makes an award. Section 34 provides certain grounds upon which a party can appeal to the principal civil court of original jurisdiction for setting aside the award. The period for filing an appeal for setting aside an award is over, or if such an appeal is rejected, the award is binding on the parties and is considered as a decree of the court.

Conciliation is a less formal form of arbitration. This process does not require an existence of any prior agreement. Any party can request the other party to appoint a conciliator. One conciliator is preferred but two or three are also allowed. In case of multiple conciliators, all must act jointly. If a party rejects an offer to conciliate, there can be no conciliation.

When it appears to the conciliator that elements of settlement exist, he may draw up the terms of settlement and send it to the parties for their acceptance. If both the parties sign the settlement document, it shall be final and binding on both. Note that in the US, this process is similar to mediation. However, in India, mediation is different from conciliation and is a completely informal type of ADR mechanism.

Etymologically, Lok Adalat means “people’s court”. India has had a long history of resolving disputes through the mediation of village elders. The current system of Lok Adalats is an improvement on that and is based on Gandhian principles. This is a non-adversarial system, whereby mock courts (called Lok Adalats) are held by the State Authority, District Authority, Supreme Court Legal Services Committee, High Court Legal Services Committee, or Taluk Legal Services Committee, periodically for exercising such jurisdiction as they think fit. These are usually presided over by retired judges, social activists, or members of the legal profession. It does not have jurisdiction on matters related to non-compoundable offences.

While in regular suits, the plaintiff is required to pay the prescribed court fee, in Lok Adalat, there is no court fee and no rigid procedural requirement (i.e. no need to follow process given by [Indian] Civil Procedure Code or Indian Evidence Act), which makes the process very fast. Parties can directly interact with the judge, which is not possible in regular courts.

Cases that are pending in regular courts can be transferred to a Lok Adalat if both the parties agree. A case can also be transferred to a Lok Adalat if one party applies to the court and the court sees some chance of settlement after giving an opportunity of being heard to the other party. The focus in Lok Adalats is on compromise. When no compromise is reached, the matter goes back to the court. However, if a compromise is reached, an award is made and is binding on the parties. It is enforced as a decree of a civil court. An important aspect is that the award is final and cannot be appealed, not even under Article 226 of the Constitution of India [which empowers the litigants to file Writ Petition before High Courts] because it is a judgement by consent.All proceedings of a Lok Adalat are deemed to be judicial proceedings and every Lok Adalat is deemed to be a Civil Court.

In order to get over the major drawback in the existing scheme of organisation of Lok Adalats  under Chapter VI of the Legal Services Authorities Act 1987, in which if the parties do not arrive at any compromise or settlement, the unsettled case is either returned to the back to the court or the parties are advised to seek remedy in a court of law, which causes unnecessary delay in dispensation of justice, Chapter VI A was introduced in the Legal Services Authorities Act, 1987, by Act No.37/2002 with effect from 11-06-2002 providing for a Permanent Lok Adalat to deal with pre-litigation, conciliation and settlement of disputes relating to Public Utility Services, as defined u/sec.22 A of the Legal Services Authorities Act, 1987, at pre-litigation stage itself, which would result in reducing the workload of the regular courts to a great extent. Permanent Lok Adalat for Public Utility Services, Hyderabad, India

The Lok Adalat is presided over by a sitting or retired judicial officer as the chairman, with two other members, usually a lawyer and a social worker. There is no court fee. If the case is already filed in the regular court, the fee paid will be refunded if the dispute is settled at the Lok Adalat. The procedural laws, and the Evidence Act are not strictly followed while assessing the merits of the claim by the Lok Adalat. Main condition of the Lok Adalat is that both parties in dispute should agree for settlement. The decision of the Lok Adalat is binding on the parties to the dispute and its order is capable of execution through legal process. No appeal lies against the order of the Lok Adalat. Lok Adalat is very effective in settlement of money claims. Disputes like partition suits, damages and matrimonial cases can also be easily settled before Lok Adalat as the scope for compromise through an approach of give and take is high in these cases. Lok Adalat is a boon to the litigant public, where they can get their disputes settled fast and free of cost. 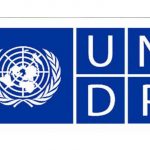 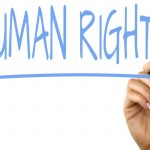