Human Rights (Amendment) Act, 2006 consists of three members including a
chairperson. The chairperson should be a retired Chief Justice of a High Court.
The other members should be:

(i) A serving or retired judge of a High Court or a District Judge in the state with a
minimum of seven years’ experience as District judge.
(ii) A person having practical experience or knowledge related to human rights. The Governor of the state appoints the chairperson and other members on the recommendations of a committee         consisting of the Chief Minister as its head, the speaker of the Legislative Assembly, the state home minister and the leader of the opposition in the Legislative Assembly. The chairman and the leader of the opposition legislative council would also be the members of the committee, in case the state has a legislative council. The tenure of the chairperson and members is five years or until they attain the age of 70 years, whichever is earlier. After the completion of their tenure, they are not eligible for any further employment under the state government or the central government. However, the chairman or a member is eligible for another term in the commission subject to the age limit.

Functions of the Commission:

According to the protection of Human Rights Act, 1993; below are the functions of State
Human Rights Commission:
(a) Inquire Suo motu or on a petition presented to it, by a victim, or any person on his be into complaint of violation of human rights or negligence in the prevention of such violation by a public servant.
(b) Intervene in any proceeding involving any allegation of violation of human rights before a Court with the approval of such Court.

(c) Visit any jail or any other institution under the control of the State Government where persons are detained to study the living conditions of the inmates and make recommendations thereon
(d) Review the safeguards provided by or under the constitution of any law for the time being in force for the protection of human rights and recommend measures for their effective implementation.
(e) Review the factors, including acts of terrorism that inhibit the enjoyment of human rights and recommend appropriate remedial measures.
(f) Undertake and promote research in the field of human rights.
(g) Spread human rights literacy among various sections of society and promote awareness of the safeguards available for the protection of these rights.
(h) Encourage the efforts of Non-Governmental organizations and institutions working in the field of human rights.
(j) Undertake such other functions as it may consider necessary for the promotion of human rights.

Working of the Commission
• The commission is vested with the power to regulate its own procedure.
• It has all the powers of a civil court and its proceedings have a judicial character.
• It may call for information or report from the state government or any other authority subordinate thereto.

Criticism:
The State Human Rights Commission has limited powers and its functions are just advisory in nature. The commission does not have power to punish the violators of human rights. It cannot even award any relief including monetary relief to the victim. The recommendations of the State Human Rights Commission are not binding on the state government or authority, but it should be informed about the action taken on its recommendation within one month.

•Only with the concurrence of the Chief Justice of the High Court of that state, can these courts be set up by the State Government. 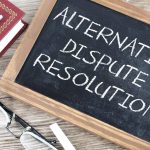