Fundamental rights are a set of rights granted to all residents of the country by the Indian Constitution under Part III, and they apply to all citizens residing in the country, independent of race, birthplace, religion, caste, or gender. They are legally recognized as rights that need a high level of government protection and cannot be infringed by the government. Individuals’ and private businesses’ basic rights cannot be enforced against them. The government, state or its authorities are responsible for defending these rights.

Most people’s fundamental rights are asserted against the state and its agents rather than against private entities. Article 12 extends the meaning of the term “state.” It is critical to define which bodies fit under the concept of a state to assign responsibilities.

The term “the State” was employed by the writers of the Constitution in a broader connotation than is often recognized. It does not just relate to the states of the Union. The term ‘includes’ in the article suggests that the definition is not exhaustive, and the court has expanded the reach of the Article much beyond what even the framers of Article 12 may have had in mind during the constitution’s formation.

Meaning of State under Article 12

Article 12 of the Indian Constitution states that,

In other terms, the state includes the following for such provisions of Part III of the constitution:

Control of the Government of India

According to Article 12, the control of the government does not necessarily imply that the body must be completely directed by the government. It simply implies that the government must have some influence over how the body functions. Just because a body is statutory does not make it a ‘State.’ Statutory and non-statutory organisations can both be deemed a ‘State’ if they receive financial resources from the government and the government has a strong grip over them.

For example, the state includes Delhi Transport Corporation, ONGC, and Electricity Boards, but excludes NCERT because it is not substantially supported by the government nor subject to government supervision.

The standard established in the case of Ajay Hasia is not rigorous, and so if a body falls within them, it must be a State under Article 12. It was considered in the case whether “the body is financially, functionally, and administratively dominated by or under the authority of Government in light of the cumulative facts as shown.” Such control must be both specific to the body in question and pervasive.

The Indian Constitution not only grants citizens basic rights but also puts a duty on the state to guarantee that those rights are preserved. The court’s interpretations have broadened the meaning of the term “State” to cover several statutory and non-statutory organisations.

The requirement to identify what fits within the scope of the state is to allocate the party tasked with carrying out such right. Not only that, but the definition of state in Article 12 contains several words that may or may not have definite meanings, such as local authorities, control of the government, other authorities, and so on. As seen in the preceding sections, the courts have described the scope of the article by laying down a test and discussing the meaning of the terms. 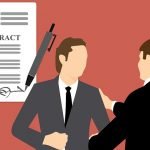 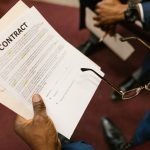