During the making of the constitution, they highly focused that our country was under British rule for 200 years and during that time the citizen doesn’t have any kind of fundamental rights. On the debate of article 19 constitutional right, there were so many things to be discussed like which type of right we should have under article 19, Mr. HV kamathid suggested that Indian citizens should have the right to bear arms like American citizens.

The constitution promotes the ideal of liberty held out by the preamble. The foremost amongst these are six fundamental rights like “FREEDOM” which are guaranteed to the citizens by the construction of India [Article 19].

Article 19 (1) is the right of citizen which give to all citizens 6 rights and they are as follow:

These were “seven freedoms” under our constitution. It has already been pointed out that in the original constitution, there were seven freedoms in Article 19(1) but that one of them namely “the right to acquire, hold and dispose of property” has been omitted by the constitution (44th amendment) Act, 1978, leaving only six freedom in the article.

Article 19(1) b is the Right to assemble and without arms, it means under this act people can gather into one place peacefully and without arms. The rights to restriction in the interest of the sovereignty and of India and public order.

But, what are the things which are unlawful in article 19 (1) b?

The things which are unlawful or are against article 19 (1) b;

1) Obstruct in a Legal process,

4) Pressurizing someone for the work they don’t want to do,

If anyone assembles with any of these objectives they will become a part of unlawful assembly and police will ask to disperse from that place under section 129 CRPC. But still, after they don’t disperse they will be arrested under section 151 of IPC.

This is the reason why people get a license or permit from police and inform them the reason before doing any kind of rally or protest. Right to assemble concretize the idea of democratic government, through Art 19 (1) b- one can hold the meeting and to take out a procession, but this right isn’t absolute but restrictive, that the assembly should be non-violent and mustn’t breach the peace of public. Article 19(b) is always an issue to debate, it has been repeatedly studied, reviewed, and interpreted by the supreme court of India, Section 144 of CRPC talks about procedure talks about unlawful assemblies and section 144(6) give the government the power to make an assembly of 5 or more people in the certain case is an unlawful assembly. IPC chapter viii states condition when an assembly becomes ‘unlawful’- An assembly of five or more person becomes unlawful assembly and their common object comprise, obtain possession by force on any property, forcing any person to do illegal work which he isn’t legally entitled to do, to commit any sort of criminal trespass or mischief. 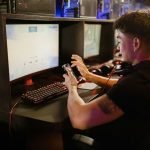 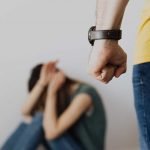