Constitutional machinery failure can be of two types:

How is Article 356 imposed?

Changes brought to Article 356 by the 44th Constitutional Amendment Act

Article 356 can be revoked at any time by a subsequent proclamation declaring its revocation by the President. The approval of the Parliament is not required for the revocation of the President’s Rule. This generally happens when a leader of a political party claims the majority to form the government and produces letters in his support.

Misuse of Article 356 by the Central Government

Article 356 gives wide powers to the Central Government. President’s Rule was meant to preserve constitutional machinery but over time and again it has been misused by different political parties who ruled through the centre. It was often used to oust the state governments which were controlled by the political opponents of the central government. For the first time, it was imposed in Punjab in 1951. The Indira Gandhi government imposed Article 356 for 39 times in various states in 11 years between 1966-1977.

In SR Bommai v. Union of India (1994), the Supreme Court gave strict guidelines with respect to Article 356 imposition. They are:

The court recognized the potential misuse of Article 356, thus it gave such strict guidelines, which have been strengthened by various other judgments of the Supreme Court of India.

Article 356 of the Indian Constitution provides for the imposition of the President’s Rule if there is a failure of constitutional machinery in the state and the state cannot function intra vires the provision of the Indian Constitution. It had huge potential for misuse which is evident from history. The Supreme Court gave strict guidelines to curb its misuse by the central government. There have been reports of various committees suggesting changes in Article 356 to curb its misuse. 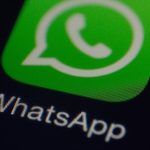