Battery as a part of Tort Law: What does it mean?

There are several acts that are considered trespass under the purview of tort law. When discussing the trespass to a person there are three main categories into which these can be divided i.e., assault, battery, and false imprisonment. In common parlance, these individual types are referred to as torts themselves, but it is still important to keep them under the umbrella of trespass against the person.

The act of battery can be understood as below,

For battery to have been committed, the defendant must have had contact with the claimant. Let us take an example to understand this, if person A uses another person B’s arm to hit a third person C, then B will not be liable in this scenario. The liability will fall only on A.

The act of battery must be intentional, this means that there must be an intent to create contact with the other’s body, however, there is no requirement for an intent to cause harm or injury to the other. For instance, if A pushes B into a swimming pool and B happens to hit C then B is liable for injury whether this was foreseeable or not.

What are the elements of Battery?

Contact – Any contact made with the claimant’s body is enough to amount to battery. There is no requirement for literal contact to be made. For example, shooting, hitting the claimant with a car may not be direct contact of one person to another but it is an act of battery. Passive obstructions such as those of heat, light, smoke, etc. do not constitute as battery.

Consent – If in any case, the claimant has agreed to contact, then it cannot amount to battery. This would include the scenario wherein if the claimant follows certain conduct which allows the defendant to reasonably believe that they are consenting then consent is existent, and the battery has not been committed.

It is quite common that the term assault, both within and outside the law is used simultaneously with battery. The term assault refers to both battery and assault. However, it must be made clear that the term assault means the apprehension of battery whereas, battery in itself is the contact made with the claimant which has caused harm. In order to differentiate let us take an example, if person A throws water at another person B then it amounts to assault, and if the drops of water on B then it amounts to battery.

Let us take a few case laws so as to be able to understand the concept more clearly, 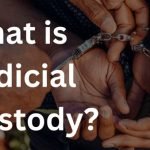 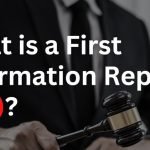