What is an Arbitration Award?

Arbitration is the medium to settle down the dispute outside the court and it’s a time and cost-effective process too. Parties in conflict have the right to appoint the arbitrator and the procedure of law. The decision of the arbitrator or arbitration tribunal is termed as Arbitration Award.  This arbitration award is binding on both the parties and the unsatisfied one can challenge it in the court of justice. The Arbitration Award is the direction that is given to the conflicting parties to settle down their claims, the dispute raised.

Can Arbitration Award Challenge in India?

According to Section 34 of the Arbitration and Conciliation Act, 1996, the Arbitration Award can be terminated. As the court held that in the matter of Madan Lal v. Sunder Lal; AIR 1967 SC 1233, Section 34 of the Act, 1996, give power to the court to review the whole arbitration process followed in a case and also to examine the constitutionality of the arbitration process and the parties are not permitted to lessen the dignity of it.

Arbitration Award can be a challenge on the following basis:

Chapter 7 deals with the challenge to the arbitration award. This chapter covers Section 34.  Section 34 deals with the termination or setting aside of the arbitration award. Article 34 of the UNCITRAL Model is the basis of this section. The term “Domestic Award” states for the awards passed within the territorial boundary of India. This term also covers an award delivered as per international commercial arbitration under a non-convention nation.

If the parties to the conflict want to set aside the decided arbitration award of the arbitrator, they need to apply to the court as prescribed under Section 34 of the Act, 1996. There is no such prescribed manner to made an application for keeping aside the award and the court can only interfere after the filing of the application by the parties. Section 34 further explains the remedy for setting aside domestic arbitration awards.

Arbitration Award is void only when;

For foreign awards one must need to fulfill the following conditions:

In this case the Supreme Court wider the term “Public Policy” under Section 34. This only examines the illegality of patents which is non-applicable to set aside the enforcement of the foreign arbitral award as explained under Section 48 (Art. 62). 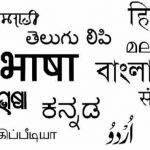 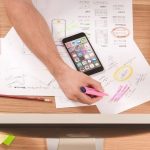