FRAMING OF THE INDIAN CONSTITUTION: CHALLENGES OF A DIVERSE NATION

India is a diverse nation. There are different kinds of people and communities in India based on language, religion, class, customs, and practices. If we look at linguistic diversity then we may see that there are many linguistic communities in India like Hindu, Punjabi, Malayalam, Telugu, Tamil, and so on. Similarly, if we look at religious diversity then we may see Hindus, Sikhs, Muslims, Christians, Jains, Parsis, Buddhists, and so on. There are many different classes of people like the rich, middle class, poor, and depressed class, and sometimes these classes intersect leading to more oppression. In such a situation it was really difficult to frame a constitution that can cater to the needs of all the above-mentioned communities. Due to this, the Constituent Assembly decided to appoint multiple committees to deal with different tasks of constitution-making.

COMMITTEES APPOINTED BY THE CONSTITUENT ASSEMBLY

JOURNEY OF THE DRAFT CONSTITUTION

Based on the recommendation of these committees, the Drafting Committee prepared the First Draft of the Indian Constitution in February 1948 and was sent out for feedback based on which changes were made, and a Second draft was published in October 1948. The Final Draft was introduced by Dr. BR Ambedkar on 4th November 1948. Thereafter till November 1949, the debate went on in the Constituent Assembly on the Final Draft of the Indian Constitution. Based on these debates around 7,653 Amendments were proposed to the draft, out of which 2,473 were discussed in the Assembly. Finally, on 26th November 1949, the Motion of Draft Constitution was passed. The Final Draft was signed by all the members and the President of the Constituent Assembly.

ADOPTION AND IMPLEMENTATION OF THE CONSTITUTION OF INDIA

CRITICISM OF THE CONSTITUENT ASSEMBLY

SOME MISCELLANEOUS FACTS ABOUT THE ORIGINAL CONSTITUTION DOCUMENT

The framing of the Constitution of India was a very long process and everyone contributed to it. Various committees, members, and people of India were part of the framing of the Constitution. It catered to the needs of the diversity of India keeping in mind the interest of every class, community, race, religion, and gender. No constitution is perfect and has to be amended from time to time but that does not mean it’s not good. While it took 2 years, 11 months, and 18 days to frame the Constitution of India, it is justified by the diversity that India carries which is not there in any other nation like the US. 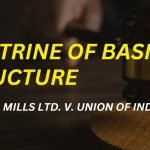