How is the maxim Void ab Initio relevant to Contract Law?

What does Void ab Initio mean?

The maxim states that every legal proposition under the purported jurisdiction of a court or any document that pretends to influence legal rights is or has always been invalid due to some vitiating factor. According to the adage, a contract is null and void as soon as it is made in the event of an agreement. Based on the terms of the contract, the parties are not legally linked because the contract in question was never legitimate. Because it was never a valid contract in the first place, this kind of arrangement can never be declared invalid.

Let us take an example to understand this term, A sells B his land for Rs. 50,000 but does not permit B to occupy it. As a result of the unfulfilled need to transfer land possession in return for Rs. 50,000, the agreement as a whole is now null and invalid. Consequently, the maxim void ab initio is relevant.

What are the characteristics of Void ab Initio in a Contract?

A contract is deemed invalid if it cannot be upheld by the law on either side. A void contract has the following characteristics:

Radhey Shyam Gupta v. UP State Agro Industrial Corporation is a case in point. Since July 27, 1970, Mr Radhey has held the position of Senior Accountant at UP State Agro-Industrial. On March 10, 1975, he was appointed branch manager in Faizabad. He got a letter from the managing director on January 15, 1976, dated January 12, 1976, stating that Mr Jai Chandra had reported that Mr Radhey had dishonestly taken Rs. 2000 from him. On January 22, 1976, Mr Radley filed his clarification and refuted the claim.

A termination order was issued on January 23, 1976, indicating that Mr Radhey had been appointed branch manager by order dated July 17, 1973, and condition number 3 of the appointment order stated that Mr Radhey’s services might be terminated at any time after giving one month’s notice. Mr Radhey appealed the termination decision to the administrative tribunal because he believed it to be unlawful.

The order was found invalid ab initio by the court, which indicates that it never existed. Mr Radhey must decide to stay on as an employee. In summary, a void agreement is seen as being void, but a voidable agreement is deemed to be valid until one or more parties choose to terminate it at any moment. The distinction between voidable and void ab initio is that the former refers to a contract that has the necessary flaws to render its provisions void, whilst the latter refers to a contract that is treated as though it never existed.

A legal document is invalid when it is declared to be null and void. A null document cannot bind someone or continue to serve as the foundation for legal responsibilities since it has no legal validity. A legal document is invalid ab initio, which implies that it is not only proclaimed to have no legal significance but also that its nullity dates back to the moment the contract or agreement was first established. A contract that is invalid ab initio is therefore judged to have never been and is therefore void. 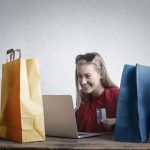 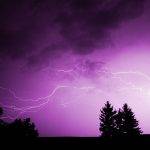