INDIA since ancient time is a land of diversity, colors, and uniqueness. As it is the same in the matter of languages. India is the land of many languages because of its diversity in people, customs, beliefs, etc. In the constitution Schedule, Eighth deals with the reorganization of official languages. This schedule includes Article 344(1) and 351.

Languages in the Eighth Schedule

Article 345 of the Constitution deals with the language of the Union. The official language for Union is Hindi which is in Devanagari Script. From the 15 years of duration after the enforcement of the Indian Constitution, English continues to be used for the official work of the Union. The President during those 15 years through order may use Hindi in addition to the English and Devanagari numerals in addition to the International Indian numerals for any such official work.

Article 346 and 347 deals with that State Legislature can adopt any one or more languages for the state. Hindi will be the language to be used for an official purpose of the state.

Language of Judiciary and Laws

Language of the Supreme and High Court and the Act, etc. is as per the provision of this Part unless the Parliament doesn’t pass any law. The Governor of State by the consent of the President uses Hindi or any language for any official purpose of the State only. 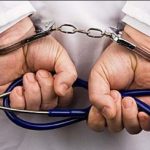 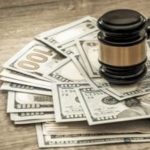