This interview has been conducted by Ms. Muskaan currently pursuing law from IME, Uttar Pradesh.

Advocate Vishal Kumar has done his BBA – LL.B. from Guru Gobind Singh Indraprastha University, Delhi & LL.M. in Corporate & Business Laws from Amity University. He is an Arbitration Lawyer currently working in India. In this interview, He is talking about “Better way to resolve commercial disputes, Litigation or Arbitration?”

Please tell our readers how you ended up as a Commercial Arbitration Lawyer?

I got into law, unlike a lot of people today. Most people get into law by three-year course after getting an undergraduate degree. I did not. I joined law school right after high school. The decision to enter law was not one that I had taken lightly. I wanted a career where I can use entrepreneurial and legal acumen collectively. So, I decided to pursue my studies in Business Administration and Law. I knew that I like speaking, debating, discussing business ideas and strategies and I thought that skill set fills itself nicely with the career as a Commercial Arbitration Lawyer.

As the dispute resolution mechanism of a country greatly impacts its business environment. Arbitration is a contrived method developed to guarantee that businesses are attracted towards countries by assuring foreign investors by the neutrality of the dispute resolution mechanism. Arbitration is a highly specialised profession that needs specialised training and expertise, yet it is one of the few areas of law that permits lawyers to work at both the international and domestic levels.

What makes Arbitration different from Litigation?

Arbitration is a private courtroom in which disputing parties agree that one or several neutral individuals which are industry experts called Arbitrators will decide the dispute based on evidence and hearing arguments following to set of rules made or agreed by the parties in the dispute resolution clause mentioned in the agreement between the parties.

The arbitration process is similar to courtroom litigation in that the parties make a statement of claim, defence, Counterclaim and present evidence to the Arbitrator.

After the hearing, the arbitrator makes a decision called an Award which can be enforced by a court of law and can only be appealed on some specific grounds.

Is there any possibility to proceed with the Arbitration, if the disputing parties do not have any Arbitration Agreement?

Yes, if both the parties have the intent to resolve their dispute by way of Arbitration they just have to give written consent by way of the joint memo or joint application before the court to refer the parties to Arbitration.

According to you which is the better way to resolve commercial disputes, Litigation or Arbitration & Why?

Honestly speaking, there is no definite answer as to which is an inherently better process.

But there are surely some reasons as to why arbitration could be better in resolving disputes than conventional courtroom litigation.

Frank Dane, a British Actor once said “Time is money, especially when you are talking to a lawyer or buying a commercial. We all know that litigation is a time-consuming procedure, businesses want to avoid using litigation to save time and unfortunately sometimes accepts injustice with them rather than delayed justice through the litigation process.

If you come into a binding Arbitration Agreement while any business dealing then you can get the dispute resolved in a maximum period of 1 year as per the 2019 Amendment in Arbitration & Conciliation Act, 1996.

Arbitration is commercially viable. After all, it is often less costly because it ultimately saves time in dispute resolution. Moreover, the competence of the arbitrator has a huge impact on the quality of any decision. Arbitrators are chosen by the parties in the arbitration process from a pool of specialists, often with specialised experience in the particular industry. Because of their industry-specific experience, arbitrators often have a better understanding of the issues and the capacity to evaluate responsibility and damages to efficiently resolve disputes. Whereas, In Courtroom litigation majority of judges are only experts in law but do not have the industry-specific experience to understand crucial technical issues involves in a commercial dispute.

Also, In litigation where a Judge sometimes gets transferred from one courtroom to another. The same appointed Arbitrators have to decide on the dispute in Arbitration unless there’s any unexceptional circumstance like Death, Ill – health etc. This makes the Arbitrator have a stronghold over the matter of dispute which leads to better adjudication speedily.

Moreover, a judge’s decisions are constrained by statutory and case law and the conduct of the trial is governed by established rules of evidence. In contrast, arbitration has the flexibility to use the procedure which is given under Civil Procedure Code, 1908 and to follow Evidence Act, 1872 if it is decided by the Parties/ Arbitrators. In consideration of any evidence considered relevant by the arbitrators, and may issue an award based on equity, fairness and rule of law.

In your opinion, what problem does a business generally face if it proceeds with litigation instead of arbitration in case of an international trade dispute?

One of the key problems in international trade dispute litigation is that there’s confusion in the mind of parties that in which country they should file their case against the other party?

If they file the case in their home country and the assets of the foreign party have in its own country then, How would you enforce the decision in the foreign country?

Even most of the time the biggest fear in the mind of business owners is that these foreign courts will most probably favour the resident of their country and will deliver a discriminatory judgement.

Whereas, International commercial arbitration handles these problems very well as it ensures a high degree of neutrality because parties can select arbitrators of their choosing, who may be of a different nation, culture, legal or from any other industry they need. Once the award of the Arbitration Tribunal is delivered, it becomes binding and directly enforceable by the court, at both national and international level, in the 183 countries that are parties to the New York Convention.

Can you give an example of the enforcement mechanism of International Arbitration?

There’s a piece of recent news about the case of “Cairn Energy” a British company that went to the Permanent Court of Arbitration, Netherland against the imposition of taxes in a retrospective manner by the Government of India and secured an Award in its favour to recover an amount of 1.2 Billion Dollars. Afterwards, Cairn Energy presented that the award in the French tribunal for seizing 20 properties belongs to the Government of India has a value of more than 20 million Euros and the tribunal saw a green flag to the same.

Well, the option to file an appeal against the award and order is there but that’s another issue but you may see the enforcement mechanism of International Arbitration is much effective in such disputes.

What is the enforcement mechanism of the Arbitration award in India & is it also effective?

Section 36 of the Arbitration & Conciliation Act, 1996 says an award is to be enforced in the same manner as if it were a decree of the court. If we talk about the effectiveness, disobeying the order or award given by the Arbitration Tribunal amounts to contempt during the arbitration proceedings and can be referred to the appropriate court to be tried under the Contempt of Courts Act, 1971 and that can put the defaulter behind the bars.

Finally, any advice you have for entrepreneurs?

If you are entangled in a dispute and someone has filed a case against your business, you may not be able to resolve the dispute through arbitration if you don’t have an arbitration clause in your contract but if you have it you can proceed with the arbitration and the suit file against you will be rejected in the court.

Keeping in mind, the potential advantages to arbitrating are speed and flexibility, finality, and confidentiality. When the dispute is international in scope, arbitration has the added benefits of enforceability and neutrality whereas, litigation somewhere fails to fulfil that. 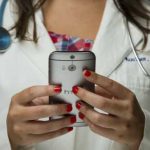 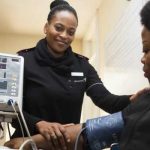