Insurance Contracts: What is it and its characteristics?

A person’s life may be plagued by several unforeseen occurrences that may endanger his life and possessions. This makes it necessary to take precautions against suffering losses as a result of such occurrences. The idea of insurance is founded on this.

Any company, organisation, or partnership that can be dissolved under the Companies Act of 1956 or the Indian Partnership Act of 1932 is referred to as a “Insurance Company” under Section 2(8) of the Insurance Act of 1938. An “insurer” is defined as any individual, group of individuals or corporate organisation that conducts an insurance business under Section 2(9) of the Act.

What is an Insurance Contract?

Reasons to make an Insurance Contracts

The two primary goals of insurance contracts are as follows:

The Four elements of an Insurance Contract are:

Floods, earthquakes, and radioactive radiation are some instances of risks that are not covered by a homeowners policy. Wear-and-tear damage is a common illustration of an excluded loss under an automotive policy. Personal property like a car, a cat, or an aeroplane is an example of excluded property under a homeowners policy.

Essentials of an Insurance Contracts 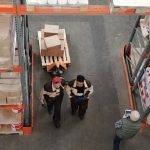