Central Vigilance Commission is well known as CVC. The term vigilance means a watchdog/watch closely. The Central Vigilance Commission is formed to keep an eye on unfair practices and prevention from such practices. CVC deals with the matter of Corruption. This is a Statutory Body established in the year 1964 through the executive resolution of the Central Government. This body is formed after the recommendation of the Santhanam Committee on the prevention of corruption between 1962 to 1964. In the year 2003, an act of law was passed in parliament after which CVC became a Statutory Body which means CVC is a Constitutional Body.

Later, in the year 2004, CVC is designed for complaining about corruption and unfair use of office from “Whistle Blower” (means allocating or notifying and exposing corruption) fall under Public Interest Disclosure and Protection of Informer (PIDPI). It’s free from executive control and closely monitors each vigilance activity. For which every ministry has a Chief Vigilance Officer who is the head of the vigilance division. He also assists and advises the Secretary or Head of Office.

CVC headquarter is allocated in New Delhi. It has the power of a civil court and can call anyone for information. It regulates its functioning/procedures. It also advises the union and authorities regarding actions and on non-agreement, the respective authority needs to mention a reason for the same. Need to provide an annual report of performance to the President. 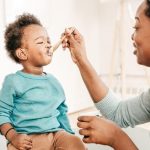