Maritime Laws: What do we know about these laws?

Admiralty laws are another name for maritime regulations. They include laws and guidelines controlling issues related to maritime trade, navigation, maritime affairs, the transportation of persons and property, and specific rules governing contracts, torts, and the payment of workers’ compensation claims relating to maritime trade. India has long engaged in maritime trade both inside and outside the confines of its marine limits. As a result, crucial laws have been passed to govern the registration of ships and marine insurance, maintain the safety and correct maintenance of trading ships, and monitor the flow of products being transported by water.

The broad field of maritime law covers important subjects including admiralty laws (ship purchases and sales, ship mortgages, crashes), marine insurance laws, marine pollution (environmental protection, public law regime), and more. The law of the sea, which formulates general principles about maritime zones, claims to pertain to jurisdiction, the resolution of disputes, and rules concerning mining and the utilization of natural resources, is the counterpart to maritime laws and is of a public nature. Maritime laws are private in nature.

Trading on the high seas has been common for centuries, and countless historical accounts attest to the fact that several merchants led trips to India in the ancient and medieval periods to trade goods and raw resources to expand their trading enterprises. Later, the British East India Company established three presidencies where huge marine hubs could be built in addition to shipping large quantities of spices.

Additionally, the colonial administration put into effect several pieces of legislation, including the Control of Shipping Act of 1947, the Indian Ports Act of 1908, and the Inland Steam Vessels Act of 1917. However, the Indian government resorted to modifying the current coastal practices in the post-independence age by establishing a plethora of new laws and ordinances to promote secure and fruitful marine trade.

Even after independence, colonial authorities retained a significant amount of control over the jurisdiction given to Indian admiralty courts until the historic ruling in M.V. Elisabeth v. Harwan Investment and Trading Pvt. Ltd. Unrestricted jurisdiction was granted to Indian high courts, and marine law was acknowledged to be governed by the principles of the International Convention on Maritime Laws.

Following are a few significant rulings in the area of marine law:

What are Ship Arrests?

Ship arrests are a procedure wherein a ship is prohibited from engaging in commerce or moving until the problem at hand is resolved. To enforce a maritime claim, the admiralty courts have sole authority to compel the detention of a vessel. Ship arrests can be ordered for several reasons, including loss of life, accident, carrying out a court order, salvaging, and more. 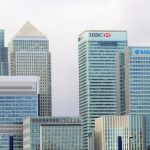 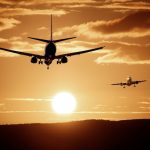