Follow us
Merchant Banking: Let us learn more about it

For reasonable compensation in the form of a charge, merchant banks offer their clients the professional service of merchant banking in consideration of their financial needs. Banks known as merchant banks provide multinational firms with loan services, financial guidance, and fundraising.

These banks are specialists in working with big businesses and industries since they have extensive experience in international trading. The country’s big firms and international corporations are given money via merchant banking, which contributes to strengthening the economy of the nation.

The services offered by merchant banks are only available to major enterprises and corporate organizations, not to ordinary people.

Italian grain traders founded commercial banks in France and Italy in the 17th and 18th centuries. A small number of merchant bankers who served as middlemen in the financing of other transactions or their own were first included in merchant banking.

The current practice of merchant banking emerged in London after a few years. As soon as the bill was accepted, merchants started to fund international commerce. Over time, they began utilizing other services, including loan syndication, portfolio management, and issue underwriting.

National Grindlays launched merchant banking in India in 1967; Citi Bank followed suit in 1970. The first commercial bank to establish a separate section for merchant banking was SBI in the year 1972. In 1973, ICICI followed suit, after which several other banks—including PNB, Bank of India, UCO Bank, etc.—started offering comparable services.

The establishment of FERA in 1973 contributed to an expansion of commercial banking activity in India. Various banks, including IDBI and IFCI, thereafter joined the market.

Functions of a Merchant Bank

The banks provide a range of services and make a profit. The services are distinct from those provided by conventional banks.

The various roles of Merchant Banking in India are as follows:

Regulations to be followed by Merchant Bankers

As a regulatory agency for defending the interests of investors in the securities industry, SEBI was created in 1992. To prevent monopolies and protect consumers’ interests, they created a few norms and principles for merchant bankers.

The Securities Exchange Board of India (SEBI) Regulations, 1992 are what they are known as. These regulations are periodically updated to reflect the shifting market conditions:

In India, there are five chapters and four schedules of rules and regulations for merchant banks: 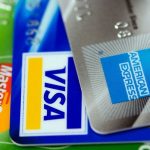 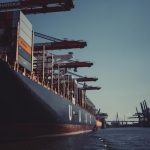