Minerva Mills case is a landmark judgment given by a five-judge constitutional bench. In this case, the majority opinion declared various provisions of the 42nd Constitutional Amendment Act, which is also knowns as the ‘Mini Constitution’, as unconstitutional as they were violative of the ‘harmony’ between fundamental rights which are enshrined under Part III and Directive Principles of the State Policy (DPSPs) under Part IV of the Constitution of India. In the State of Madras v. Champakam Dorairajan (1951), the Supreme declared without an iota of doubt that whenever there would be a clash between the Fundamental Rights or DPSPs, then Fundamental Rights would prevail. The issue in Minerva Mills’s case lies in the interpretation of the Fundamental Rights and the amending power under Article 368 (Part XX of the Constitution). Part III of the Constitution of India says that Fundamental Rights cannot be violated, abridged, or contravened whereas Artice 368 says that the Parliament can amend any part of the Indian Constitution, and this dilemma led to the evolvement of the Basic Structure Doctrine in Kesavananda Bharati v. State of Kerela (1973) and declared judicial review as part of the basic structure. This Doctrine was yet to be tested. On 25th June 1975, the Indira Gandhi Government invoked National Emergency on the grounds of “internal disturbance” which went on till 21st March 1977. During the National Emergency, the Opposition was jailed due to which the Parliament became a playfield of the ruling Indira government. Thereafter, the 42nd Constitutional Amendment Act of 1976 was passed which brought major changes to the Indian Constitution.

Two changes were made to Article 368 that are: curtailment of judicial review and unlimited power to amend the constitution.

Any bench which is comprised of 5 or more judges is called a constitutional bench. The bench in the Minerva Mills case was headed by Chief Justice of India Y.V. Chandrachud, while the other judges were Justice A. Gupta, Justice N. Untwalia, Justice P. Bhagwati, and Justice P. Kailasam.

FACTS OF THE MINERVA MILLS CASE

Minerva Mills was a textile factory established in Kerela. It was nationalized and taken under the control of the Union Government under the Sick Textiles Undertakings (Nationalisation) Act, of 1974. A Committee was appointed under Section 15 of the Industries (Development and Regulation) Act, of 1951 to investigate the affairs of Minerva Mills Ltd. It was found in the report that there had been or is likely to be a substantial fall in the production volume. Based on this report, the Central Government passed an order under Section 18A of the Industries (Development and Regulation) Act, of 1951, taking over the control of Minerva Mills Ltd. When a case was filed against this order, the Central Government said that it is not under judicial review. Thus, a case was filed challenging the constitutionality of the provisions of the 42nd Constitutional Amendment Act.

ISSUES OF THE CASE

ARGUMENTS BY THE PETITIONER

ARGUMENTS BY THE RESPONDENT

The apex court said that Article 368(5) conferred “undefined power” upon the Parliament to amend the Constitution of India which might distort the “basic fabric” of the constitution. The Constitution itself has conferred “limited amending power on the Parliament”, and this limited amending power is itself part of the basic structure. It was said that Article 368(4) and (5) is taking away judicial review which is part of the basic structure. Thus, it is ultra vires of the constitution, and the limitations cannot be destroyed. The Supreme Court said in the judgment that “The donee of a limited power cannot by the exercise of that limited power convert the limited power into an unlimited one.” In I.C. Golaknath v. State of Punjab (1967), it was held that Fundamental Rights limit the amending powers of the Parliament. This was challenged in the Kesavananda Bharati case, and it was held that amending powers of the Parliament are limited by the Basic Structure of the Constitution which meant that Article 368 can amend everything except the basic structure. Thus, Article 368(4) and (5) were held to be unconstitutional and void.

We can conclude that the Parliament was trying to confer upon itself unlimited powers using its limited powers which cannot be done. It was reaffirmed that judicial review is part of the basic structure and no amendment curtailing it shall be allowed. India is a democratic country, and the doctrine of checks and balances is an essential feature of every democracy. Clause (4) and (5) of Article 368 conferred an unfettered power upon the Parliament without any check or balance by any court, and thus held unconstitutional. 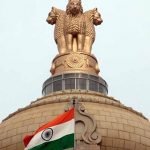 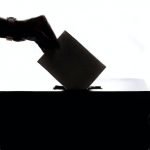