The topic talks about the eve-teasing, inappropriate behaviour kind of things which has been faced by the women which were done the male or men. All this kind of behaviour now has been penalized under The Indian Penal Code, 1860 (IPC). These kinds of things are now considered as an offence in the eyes of law and the person who does it shall be liable for the punishment under this.

These kinds of laws come into existence when there is increasing in crime against the women and they are suffering nor they have any justice, then they come and to also strengthen the women.

Outrage the Modesty of Women

It comes under section 354 of IPC.

The word “outrage” means when someone tries to harm or injure someone or to disrupt.

The word “modesty” means dignity, reputation, of someone.

The whole context says that when someone tries to injure or gave harm to the dignity or integrity of women.

The section says that when some person by assault or criminal force against any woman with intention of outrage her modesty or he has knowledge by this act this can happen shall be considered as outrage the modesty of women.

Punishment: Any person who does this shall be liable to the imprisonment of not less than one year which may extend to five years and also be liable to fine.

It falls under section 354A of IPC.

According to this, any man committing any of the following acts with women: –

Shall be considered as an offence of sexual harassment.

It comes under section 354B of IPC.

Any man with the use of assault or criminal force with intention of making a woman disrobe her clothes or tries to make her naked is known as disrobe a woman.

Punishment: Any man who does this shall be liable for imprisonment of not less than three years which may extend to seven years also pay the fine.

It comes under section 354C of IPC.

In the mentioned cases: –

Punishment: That person shall be liable for imprisonment for three years and a fine in the first scenario.

Or in the second, it will liable for three years or may extend to seven years and pay a fine.

It falls under the section 354D of IPC.

Shall commits offence of stalking.

Under these cases the stalking cannot consider offence: –

Punishment: Whoever commits an offence under clause (i) shall be punishable with three years and also for fine; or

Whoever commits an offence under clause (ii) liable for a term extend to five years and also liable for a fine. 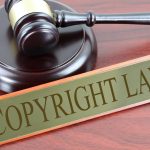