INTRODUCTION TO THE RAJBALA CASE

The Haryana government passed the Haryana Panchayati Raj (Amendment) Act, in 2015. This amendment was challenged in Rajbala & Ors. v. State of Haryana & Ors1, because it disqualified a large section of the rural population from contesting elections to the Panchayat in the state of Haryana.

FACTS OF THE RAJBALA CASE

Clause (t), (u), (v), and (w) of The Haryana Panchayati Raj (Amendment) Act, 2015 were challenged in the case. The impugned provisions disqualified: (t) Persons who fail to pay arrears, if any, owed by them to either a Primary Agricultural Cooperative Society or District Central Cooperative Bank or District Primary Agricultural Rural Development Bank; (u) Persons who have arrears of electricity bills; (v) Persons who do not possess the specified educational qualification; and (w) Persons not having a functional toilet at their place of residence.

Looking back on history, the members of the Constituent Assembly had different opinions regarding education as a qualification for contesting elections. Shri Alladi Krishnaswami Ayyar said, that the assembly has adopted the adult franchise because, “in a country where the large mass of the people are illiterate and people owning property are so few, the introduction of any property or educational qualifications for the exercise of the franchise would be a negation of the principles of democracy.”2 Shri Mahavir Tyagi said, “I would be treated as disqualified if the matriculation qualification were there. My education is hardly equal to primary school. I only desire that such of our countrymen as are illiterates like me be not disqualified by these provisions.”3 Contrary to this, Shri Brajeshwar Prasad believed that some educational qualifications are necessary “to build up a decent system of government”.4 So, the Constituent Assembly’s debate is insufficient to get an overall sense of the Assembly’s discourse on education as a qualification for contesting elections. Haryana has previously introduced a two-child policy for the Panchayat election which SC upheld in Javed v. State of Haryana5. This provision also had similar effects.

ARGUMENT OF THE PETITIONER

It was argued on behalf of the petitioner that the aforementioned provisions are arbitrary, have no reasonable nexus with the object sought to be achieved, and are therefore violative of Article 14.

ARGUMENT OF THE RESPONDENT

The respondent argued that the nature of the duties of Panchayat members requires such qualifications and they must lead by setting an example for others, therefore such qualifications cannot be called irrelevant or arbitrary. The court upheld the impugned provisions.

There are three main issues highlighted in the judgment: Educational qualifications, Arrears, and Functional toilets at the residence. Following is the judgment of the court on each issue separately:

In 2010, there was large-scale illiteracy among the elected members of Panchayati Raj Institutions in Haryana, due to which the Haryana Government enacted the Haryana Panchayati Raj Amendment Bill, 2015 which stipulated educational qualifications for the candidature of Panchayati Raj Institutions.6 The petitioner argued that a large number of voters have become ineligible to contest elections after the addition of Clause (v). The court agrees with the argument, but the data is not sufficient to determine the total number of people disqualified. The court goes on to say that number of people disqualified is not a matter of concern unless it violates the constitutional scheme. The court draws an analogy between disqualifications meant for the Parliament and the State Legislature, where the number of disqualified individuals (undischarged insolvents and people of unsound mind) is small, and disqualifications for Panchayat, where the number of disqualified individuals is so huge. The court says that the numerical dimension doesn’t make any difference until it has a rational nexus with the object sought to be achieved by the amendment. Justice Chelameswar says, “It is only education which gives a human being the power to discriminate between right and wrong, good and bad”. This provision was upheld by the court.

Clause (t) and (u) of Section 175(1) disqualify persons who fail to pay arrears to either a Primary Agricultural Cooperative Society or District Central Cooperative Bank or District Primary Agricultural Rural Development Bank and persons who have arrears of electricity bills. Justice Chelameswar says that Constitution makers recognized indebtedness as a disqualification to hold any elected office under the Constitution, and cites Article 102(1)(c) and Article 191(1)(c), where a person is disqualified to hold the office of an MP and MLA or MLC, respectively, if he is an undischarged insolvent. He goes on to say that if Constitution makers considered that insolvent people are not eligible to seek various elected public offices, then what is the constitutional infirmity in disqualifying people based on arrears for the elections to the Panchayat? Justice Chelameswar also takes judicial notice of the fact that elections at any level in this country are an expensive affair and a candidate who has a burden of debt would not be able to contest elections anyways. However, if one wishes to contest elections then he can clear his debts and contest elections. On the basis of this reasoning, the court upheld this provision

Clause (w) of Section 175(1) disqualifies persons not having a functional toilet at their place of residence from contesting elections to the Panchayat. The Court agrees with the respondent’s argument that an appropriate amount has been given to the households desirous of constructing a toilet, and if still, they don’t have a toilet at their place of residence, then it is because they don’t have any intention of having such a facility. A leader is a model representative, if he himself does not have a functional toilet at his residence then how will he convince other villagers to get a functional toilet constructed at their residence? On the basis of the above reasoning, this amendment was also upheld by the court.

The government intended to elect model representatives who can set examples, and the Supreme Court upheld all the amendments. In the Court’s opinion stipulation of such requirements will lead to better administration and development of the villages.  Though it was a plausible judgment, but in my opinion, such an amendment should have been preceded by upliftment measures in rural areas, such as education, sanitation, etc. All the provisions of the amendment in issue were upheld by the court. 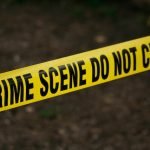