Summary Trial: Let's learn more about it and its Procedure

The statute that controls procedural matters is the Code of Criminal Procedure, 1973. It offers a method for holding trials for crimes punished by substantive law, such as those covered under the Indian Penal Code of 1860 and other criminal legislation. The Code does not define the term “trial.”

After the “framing of charges,” the trial stage starts. A trial’s style is decided by the magnitude and gravity of the offense, the court’s jurisdiction, and the relevant substantive legislation. Different trial techniques are used to expedite case resolution and, as a result, shorten case pending times.

What is a Summary Trial?

The adversarial judicial system involves the representation of the parties by their advocates before an impartial arbiter who seeks to ascertain the truth and provide judgment following it.

In a trial, the Court renders a decision after hearing arguments from both parties. It offers a just chance to question, re-question, and cross-examine the witnesses presented in court. The judge renders a decision based on the case’s merits. The trial must be impartial, prudent, and free from improper influence.

In Chapter XXI of the Code of Criminal Procedure from 1973, summary trials are addressed. Due to the streamlined procedure and summarily recorded nature of these trials, the matters in this trial are resolved quickly.

In Chapter XXI of the Code of Criminal Procedure from 1973, summary trials are addressed. Due to the streamlined procedure and summarily recorded nature of these trials, the matters in this trial are resolved quickly.

Only offenses that fall under the small/petty category are tried in this sort of trial. Complex matters should only be tried by warrant or summons. The facts mentioned in the complaint serve as the main foundation for determining whether a case may be tried summarily. The goal of summary trials is to quickly resolve matters to lighten the load on the judicial system. People have a fair chance to quickly get justice during a trial. Sections 260 to 265 of the 1973 Code of Criminal Procedure’s legal rules regulate summary trials.

Power to try by summary

Procedure for a Summary Trial

The summary trial procedure is outlined in Section 262 of the Code of Criminal Procedure, 1973.

The process used in summons cases must also be used in summary cases. The one exception to this rule is that if a defendant is found guilty under this Chapter, no term of more than three months can be imposed.

The following is a succinct description of the summons case procedure:

Any criminal justice system’s main goal is to guarantee that all defendants have a chance at a free and fair trial. It is commonly known that India has a very large case backlog and that the judicial system is overworked. Trials are a long, laborious procedure that can take years to finish. Due to the severity of the offenses, it has been classified into three categories. Summary trials provide people with a chance to receive justice for even the most minor problems they encounter. By delivering justice while not overtaxing the higher court with minor offenses, it preserves equilibrium. 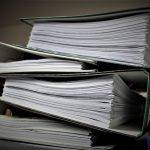 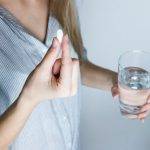