A tax haven is a country that provides lower tax rates to business enterprises. Offshore countries or tax havens are countries that allow outsiders to set up their business at lower or no corporate tax rates. A tax haven is also called a “Secrecy jurisdictions” because the tax havens country does not disclose about the owner and their companies and it’s hard to extract information about the companies or businesses. There are sovereign countries that use non-tax and tax incentives to corporates activities in their financial sector by offering nominal taxation or no tax with a reduction in legal compliances and regulations. The financial capital is diverted from the countries, there is an adverse impact on the revenue of the other countries. As such the term tax havens have no static or accepted definition but there are certain factors and features that facilitate the identification of tax havens jurisdictions.

The OECD (Organization for Economic Co-operation & Development) has listed some factors for identifying tax havens:

The concept of tax havens falls within the ambit of the subject – Law, and Justice in a Globalizing World in a perfect way. Tax havens broadly mean countries or places with low or no corporate taxes that allow citizens of other countries to easily set up businesses there. These places work on the foundation of loopholes in international laws and thrive on countries greedily trying to boost their economy at the cost of others. The only way to keep a check on them is via the formation of inter-country treaties and mutual understanding. Without the same, they hamper the justice process of a countries legal framework via providing an escape route to the tax evaders and let the justice suffer a deadlock in this ever-growing globalizing world.

A listing of a number of the most popular tax havens nations consists of: –

In a few cases, countries that have special tax laws can also be recognized as tax havens. Like in the USA:

However, several regulatory bodies expose tax havens states including the U.S. Government Accountability Office and the Organization of Economic Cooperation and Development (OECD).

Multinational corporations set up their agencies, then these agencies put money into operations placed at exceptional high-tax states. So, while the agencies carry out their business activities in an immoderate-tax regime collectively with the USA or India, it’s able to fend off the tax by not showing a massive share of income as emanating from tax havens.

In India, the phenomenon of routing black money to tax havens has given begin to what is known as round-tripping. Foreign direct investment from Mauritius, India’s 2nd largest supply, around Forty-Five Billion dollars throughout April-Feb of the final fiscal year. But is the tiny island truly collectively with an industrial powerhouse? Not actually Cynics suspect a big part of the funding flowing in from Mauritius is Indian cash dispatched overseas and routed decrease again to keep away from taxes. If it’s Mauritius for us, it’s the British Virgin Islands for UK and Luxembourg for Russia.

Scope and Impact of Tax Havens

Countries offer low tax prices and by using doing so, they appeal to more funding and monetary pastime than would otherwise be drawing close. Countries with low tax charges allow traders to retain most in their locally-earned pretax income; other concerns identical, therefore, nations with decrease tax prices must be expected to provide a broader range of appealing opportunities, and consequently draw larger volumes of overseas funding, than international locations with better tax fees.

Tax havens investments are the opportunity of the use of tax havens to facilitate avoidance of taxes that might otherwise be owed to governments of different international locations. For individuals, who are taxed via their domestic governments on profits earned in tax havens, tax avoidance commonly entails willful earnings misreporting. For agencies, tax avoidance may be performed with the aid of manner of the use of monetary preparations, which includes intra firm lending, that finds out taxable earnings in low-tax jurisdictions and tax deductions in excessive-tax jurisdictions.

Besides, firms are often able to adjust the costs at which affiliates located in special international locations sell goods and offerings to each different. Most governments require that corporations use fingers-length prices, the ones that might be used by unrelated events transacting at arm’s length, for transactions between related events, in principle thereby limiting the scope of tax-encouraged switch price adjustments. In practice, however, the indeterminacy of appropriate arm’s length costs for many goods and services, mainly those which might be intangible, or for which similar unrelated transactions are tough to discover, leaves room for great discretion. As a result, transactions with tax havens affiliates may be used to reallocate profits from excessive-tax places to the tax havens affiliates themselves otherwise to different low-tax overseas locations. This, in flip, increases the appeal of finding funding in overseas tax havens.

The policy of imparting outsiders very low tax costs is doubtlessly highly-priced to tax havens governments if doing so reduces tax collections that might in any other case have been profitable to the authorities’ fees. It is some distance from clean, but, that tax havens nations face good-sized tradeoffs of this nature. Governments have at their disposal many tax contraptions, together with property tax, private income tax, intake or income tax, and excise tax that can be used to finance costs. Furthermore, even very low rates of a direct tax on the business investment can also generate great tax sales if economic activity expands. The general public sectors of tax havens nations are of similar sizes compared to other nations, though there’s proof that they may be particularly smaller than would in any other case were predicated based on their populations and affluence.

The Panama papers were the biggest leak of documents that lifted the veil on how the powerful and rich individuals hide their wealth.

The leaked documents exposed the networks of more than 2, 14, 000 tax havens involving companies from 200 different countries. The papers contained financial information about the number of wealthy people, politicians, celebrities, and public officials.

ICIJ (International Consortium of Investigation Journalists) coordinated with 400 journalists from over 80 nations to analyze the data of these documents. Over $1.2 billion have been seized in assets, fines, and audits by the government in 2019.

A business coach and US millionaire Marianna Olszewski and a wealthy client of Mossack Fonseca was offered ownership records to hide money from the government authorities. There a Russian connection was also seen in the case, a suspected billion dollars money laundering ring by a bank and it also involved close associates of President of Vladimir Putin. The data also showed Iceland Prime Minister Sigmundur David Gunnlaugsson’s undeclared interest in the country’s failed banks and 2007 PM Sigmundur and his wife bought an offshore company. He when entering parliament did not declare his interest in the company.

The organization of files becomes called the “Panama Papers” due to the country that they had been leaked from. However, the government of Panama has registered robust objections to the name, as it seems to put a few blame or poor affiliation at the country itself, despite its loss of involvement in the moves of Mossack Fonseca. Nonetheless, the nickname has endured, even though some media stores which have protected the story have called the “Mossack Fonseca Papers.”

Tax havens have undermined the socio-economic objective of the Indian economy. It fostered the economic power in the hands of some undesirable groups in the country. We can globalization and liberalization have played a vital role in the emergence of economic offenses like Tax havens and black money. The world is affected economically and socially due to tax havens and has resulted in poverty, inequality, and reducing the financial market. Tax havens have caused danger to the Indian economy this can be determined by some activities like- Financing terrorist activities by using tax havens, and there are no effective laws and policies to restrict politicians from taking advantage of tax havens in concealing illegal money.

The economic system has the hardest hit by using tax havens. This happens especially through corporate tax avoidance. Tax havens secrecy makes it tough for financial regulators to discover and mitigate chance in capital markets. Tax havens play a large role in growing monetary inequality. They are liable for economic crashes. For instance, the financial crash in 2008 turned largely due to the national regulators being visionless about the offshore activities of subsidiaries of financial institutes this created high income inside the quick-term, enjoyed by the rich, in turn inflicting a global crisis. Therefore, tax havens are corrupting the worldwide market because of their secrecy.

Tax havens provide protection for unlawful tax evaders, depriving growing nations of money that would be used for public schools, infrastructure, and hospitals. There will typically be an incentive to region belongings in tax havens as long as there is secrecy. Therefore, tax havens should disclose the financial assets of the taxpayers. 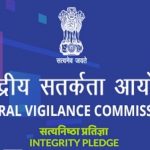 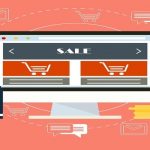