THE CONSTITUENT ASSEMBLY AND MAKING OF THE INDIAN CONSTITUTION

While the Assembly was still settling, within four days of the establishment of the assembly Jawahar Lal Nehru presented an ‘Objective Resolution’ in the Assembly. The ‘Objective Resolution’ was the vision of Jawahar Lal Nehru of the new democratic nation. It defined the fundamentals and philosophy of the Indian Constitution that was being drafted. It also defined the territorial area of independent India and said that India will be a union of states which were part of British India, and the princely states that are willing to be part of India. In the same Resolution, he stated his vision of making India an Independent Sovereign Republic, and in the independent India, the citizens can expect social, economic, and political justice. There shall be equality of status and opportunities, and freedom of thought, expression, faith, and worship. Not only this, it also promised to safeguard and uplift the minority, backward, and tribal communities. This Resolution was duly accepted and passed by the Constituent Assembly on 22nd January 1947. At present, we can see all these rights and safeguards incorporated in the Constitution of India and the Preamble to it. After this, different princely states started nominating their members to the Constituent Assembly, and the total membership reached to 389 Nominated Members. While all of this was going on in India, the government in Britain was changed. On 20th February 1947, the new Prime Minister of Britain, Mr. Clement Richard Attlee declared in the House of Commons of the British Parliament that “British would quit India after transferring power into the responsible hand not later than 3rd June 1948”. On the next day i.e., 21st February 1947, the Viceroy of India was changed from Lord Wavell to Lord Mountbatten.

CHANGES IN THE CONSTITUENT ASSEMBLY DUE TO THE MOUNTBATTEN PLAN AND THE INDIAN INDEPENDENCE ACT, 1947

On 3rd June 1947, Lord Mountbatten proposed a plan namely the Mountbatten Plan. In this Plan, the partition of India and Pakistan was accepted, and the date of partition was decided to be 15th August 1947. In July 1947, the Independence of India Act, 1947 was passed in the British Parliament due to which the Constituent Assembly became a Sovereign Body which means that it could frame any Constitution that it deems fit without any interference from Britain but due to the partition, the strength of the Constituent Assembly was reduced from 389 to 299 as many provinces went to Pakistan after partition.

ADDITIONAL RESPONSIBILITIES GIVEN TO THE CONSTITUENT ASSEMBLY 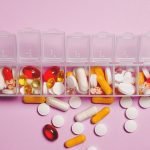 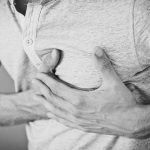