The Doctrine of Estoppel: Its Meaning, Types, and Exceptions

The Indian Evidence Act of 1872 lays down all the rules and regulations required for admitting any kind of evidence in a court of law. In any lawsuit or procedure between himself and that person or his representation, neither he nor his representative may contest the veracity of the such statement, according to Section 115. Estoppel is described as “when one person purposefully causes or permits another person to think a matter to be true and to act upon such belief by his declaration, conduct, or omission.”In simple terms, restraint has been put on the person that he is in no position to deny the truth of the statement and further allege it to be false to the other person when the proceedings of a suit are going on.

The Indian Evidence Act’s Section 115–117 addresses estoppel, which occurs when a representation of a fact is made with the consent of both parties. It can only be used as a defence and has also been mentioned in the Law of Torts.

On the other hand, The Indian Contract Act of 1872 contains a reference to promissory estoppel, which is when a representation of a future intent is made and supported by subsequent behaviour of the parties rather than prior consideration. A claim for damages may be made using promissory estoppel. 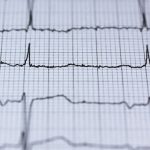 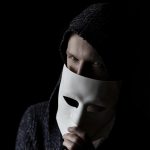