The constitution of each nation is established to protect the functional and material rights of its people. It is the basic or fundamental law that governs the framework of the land. Given this particular nature, it is appropriate that, with the developments in the circumstances of the nation’s life and the changing priorities of the present government, this fundamental norm, i.e. the fundamental law of the country, should be revised and updated in compliance with the requirements of the time.

In this fast-paced change in the world, it is necessary to keep up with trends. A constitutional amendment is an amendment to the framework of a government agency, organization, or another form of institution. Modifications may be interwoven in the particular sections of the new constitution, and the text may be expressly changed.

One of the major influences for India’s constitution, drawn up between 1947 and 1950, was the US constitution.  Both Indians and Americans regard their “constitutional rights “particularly the” fundamental right “of free speech and the separation of state and religion.

Each constitution offers a specific set of solutions to the social, economic, and cultural context. India has not copied the U.S. Constitution; it has taken away what worked for it, and no longer. Moreover, if constitutions are tools for governance, they simply have to change over time, through trial and error. Constitutions should be modified as much as their citizens wish to change them, to achieve the outcomes they need from their political societies.[1]

Comparative Analysis of the Indian and the US Constitution

By the simple majority of parliament

By Special Majority of Parliament

Through the special majority of Parliament and by consent of States

The court found that the term ‘amendment’ used in Article 368 would not apply to changes that may modify the basic structure of the constitution. If Parliament wants to amend a specific provision of the Constitution, that amendment would have to pass the test of the basic structure.

The 24th amendment was approved by the Bench, although the 25th section of the second amendment was refused. The verdict was issued after the study of the different factors and was focused on rational logic.

The Bench feared that if the Parliament were to have unrestricted authority to amend the Indian Constitution, the authority would be misused and modified by the Government in compliance with its own will and desires. The basic features and the very spirit of the Constitution and can be modified by the Government if it has unrestricted authority to amend it. There seemed to be a need for a doctrine to safeguard the rights of both Parliament and citizens, and the Bench, therefore, set out to safeguard both their rights through the doctrine of the Basic Structure.

In its decision, the Supreme Court found that Connecticut’s birth control statute was unconstitutional based on liberties laid out in the 4th and 5th amendments that protect an individual’s home and private life from intervention by the government.

Judging that marriage is a religious and private bond within the privacy zone provided by certain clauses of the Constitution, including the principle of equality implied by the Bill of Rights, the Court held that the original decision against Griswold and Buxton should be reversed and that people in the state of Connecticut should enjoy the freedom to exercise birth control within the bounds of marriage.

Common Features of Both the Constitutions

India and the USA share some common features concerning their Constitutions i.e. both of them are having a written Constitution which is federal.

Being a country governed by a written document, both of them felt the need of altering this document according to the changing times to meet the challenging situations and as well as to fulfil every growing aspiration of their citizens.

Any written document which governs the fundamental framework of a government of any country cannot be changed or altered by ordinary law Therefore, a special procedure is required to amend the basic law of the land.

To avoid any controversies and friction the Constitution itself provides the manner and procedure of amending itself. This procedure of Amendment is guided by a certain formula and method which is to be followed by any country willing to amend its written Constitutional Law.

Despite being governed by different Constitutions both of these countries i.e. India and the USA follow more or less the same procedure and are guided by the same principles in amending their respective Constitutions.

Since a federal Constitution is generally a product of certain compromises arrived by at people of different communities, race, language, and religion and it has the status of a fundamental law, its amending procedures should be based on certain broad principles such as:”

(1) The federal structure and the interests of the people should be properly secured.

(2) It should be construed in such a way as to check undesired amendments and adopt desirable amendments without much difficulty.

(3) The framework should be such that there are ample deliberation and public consensus obtained before the amendment is enacted.

(4) People should be allowed to express their views before a change is made.

The general principles set out above are observed by making the amending procedure different and difficult compared to the ordinary legislative procedure. This is generally ensured by the use of separate steps for the initiation and ratification of amendments, requiring extra-ordinary majorities at some point in the procedure and requiring a referendum.

Since 1789 the Constitution has been revised 27 times and of those amendments, the first 10 are collectively referred to as the Bill of Rights and were certified on 15 December 1791. To sum up, in the last 231 years, only 27 amendments show rigidity and a lack of willingness to change over time.

Overall Indian constitution is more suitable to act as a law to abide by citizens by than the USA constitution which works on old age laws and cannot fruitfully evolve. 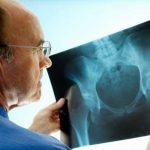 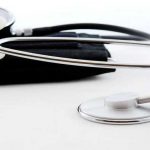