What do we understand from Mens Rea?

What is Mens Rea?

Mens rea is a legal phrase that typically refers to the mental state of guilt, the absence of which renders any particular offense ineffective. It’s among the most crucial components of criminal responsibility. A legal violation is only considered a criminal offense when it is committed with purpose. Mens rea refers to the intention, which is what motivated the unlawful behavior. An action only becomes illegal when it is carried out with a guilty conscience. Most of the time, if someone is acting innocently, no crime is being committed. A person must be in a mentally blameworthy state before they may be charged with a crime. For instance, harming someone.

In the 12th century, Mens Rea did not play a role in criminal activity. In the past, wrongdoers have been punished whether or not their actions were intentional. Actus reus non facit reum nisi mens sit rea, which literally translates to “there can be no crime without a guilty mind,” was the Latin expression that initially inspired the concept of Mens Rea in the 17th century. The limitation that a crime may only be defined as an action taken with the intent to commit a crime was solved by this maxim. Later, during British control, the concept of Mens Rea was adopted into Indian criminal rules by way of English law. In 1860, Lord Macaulay proposed the Indian Penal Code, which was approved on October 6.

How does Mens Rea relate to IPC?

In Indian criminal law, the term “Mens Rea” is extremely frequently used. The reasons behind this are obvious. One of the main reasons is that India’s complete criminal code has been codified and all offenses are correctly defined. Mens rea is included in the definition of crime and is considered a part of it if it is thought to be a necessary prerequisite. The penal law contains several definitions that call for the offense to have been done “voluntarily,” “dishonestly,” “knowingly,” “fraudulently,” etc. Thus, the guilty mind is a deceitful, dishonest, or careless mind.

In addition, several offenses under the Indian penal code, such as crimes against the state and counterfeiting money, are defined without consideration of mens rea or motive.

The General Exceptions (Sections 76 to 106) of the Penal Code, which list all the circumstances in which mens rea seems to have been subjugated and hence no responsibility, codify mens rea as a requirement of criminal liability in India.

What are the various types of Mens Rea?

Let us now go into the depth of the different types of Mens Rea:

It might be challenging to define the word “intention.” It isn’t defined in the Penal Code. Although it is a well-known phrase, it defies easy description. It may be used in a variety of ways to refer to the thing that the activity is intended to achieve. The purposeful use of one’s mental faculties to carry out an activity to accomplish or meet a goal is known as intention. As a result, rather than regarding the act itself, the purpose is commonly used for the results of an action. He must be clear about the outcome he intends to result from his actions.

The consciousness of one’s own thinking is referred to as knowledge. When someone’s senses are directly invoked, it is safe to presume that they are aware. Knowledge is the comprehension of the effects of the deed. It is the attitude a person has toward actual facts that he or she has personally witnessed or whose existence has been confirmed to him or by another person and whose truthfulness he or she has no reason to contest. Knowledge is fundamentally a subjective concept. However, in many situations, knowledge and intention are interchangeable and indicate the same thing, and knowledge may be used to infer intention. Although there is some overlap between knowledge and purpose, it is obvious that they refer to different concepts.

Punishment and crime are inextricably linked. Mens rea, according to the criminal law system, is an important element. Mens rea thereby becomes the sine qua non in all circumstances, unless it is expressly stated otherwise with good reason. Every person is assumed to desire the natural outcomes of their actions under the assumption. Furthermore, it is impossible to claim that mens rea is not a necessary component of statutory offenses when relevant judgments and the legislative framework are taken into account. The Supreme Court has often indicated that it is free to create a law that is suitable for Indian circumstances rather than being required to follow an English court’s ruling. 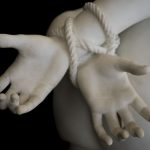