How the Drafting of Preamble/Mini-Constitution Took Place

The objective of the Mini Constitution

The mini-constitution is the key to open the minds of the makers but, it does not mean that the preamble can override the express provisions of the constitution.

WE, THE PEOPLE OF INDIA,
having solemnly resolved to constitute India into a SOVEREIGN SOCIALIST SECULAR DEMOCRATIC REPUBLIC and to secure to all its citizens:
JUSTICE, social, economic, and political;
LIBERTY of thought, expression, belief, faith, and worship;
EQUALITY of status and opportunity; and to promote among them all
FRATERNITY assuring the dignity of the individual and the unity and integrity of the Nation;
IN OUR CONSTITUENT ASSEMBLY this 26th day of November 1949, do HEREBY ADOPT, ENACT AND GIVE TO OURSELVES THIS CONSTITUTION[i]

The judgment was delivered by, P Gajendragadkar j.

The judgment was delivered by, Sikri, S.M. (CJ).

Can the Preamble Be Amended?

The judgment was delivered by, Y.V Chandrachud (Cj)

Ultimately, it was held that the preamble can be amended by the procedure contains in Article 368.

The various terms used in the preamble or mini-constitution are not to be seen in isolation rather, each of them respectively gives their notions to one another. Each term is a noun in itself and all other terms act as an adjective to the noun. Each notion qualifies to each other and cannot be seen in insolation. Hence, the notion overlaps each other so, the ultimate goal of all these notions is to promote ‘fraternity’ that can be attained that would assure ‘the dignity of the individual or a group and integrity of the Nation’. 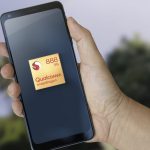 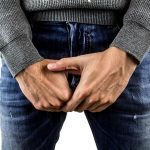