What is Maintenance under Muslim Law?

The amount of money a man spends to provide for his family’s sustenance—in the form of food, water, housing, and clothing—is referred to as maintenance, also known as “Nafqah.” To provide assistance to the wife and children who are unable to sustain themselves financially, maintenance was developed. The entire purpose of maintenance is to uphold a woman’s rights and ensure that she leads a respectable life. Even after a marriage has ended, a husband is still obligated to pay maintenance to his wife if she cannot support herself. Along with the wife, children, parents, grandparents, and grandkids, it is often given to other blood relatives.

Position of women in Muslim law

The husband is obligated to give support to the wife in all circumstances, even if she is capable of doing it because under Muslim law women are thought to be somewhat weaker than their opposite sex and hence are regarded to be unable to support themselves.  When the wife reaches the age of 15, and not earlier, the husband must pay the wife’s support.

Regardless of his financial situation, the husband has to provide for his wife reasonably at all times. Even after the dissolution of the marriage, he still has a responsibility to pay maintenance. In all cases, a wife is entitled to maintenance from her husband, regardless of whether she is Muslim or not, wealthy or impoverished, healthy or unhealthful. The wife has a full right to receive support.

Who can claim maintenance?

The following people are entitled to receive maintenance –

In what instances can the wife not claim her maintenance?

According to Shia law, the wife is not entitled to maintenance if the marriage is irregular or void, if she announces her engagement without a good reason, if she disobeys her husband’s lawful orders, or if she performs any of these things.

If the wife rejects the spouse without a good reason If she is condemned to prison and is less than 15 years old—that is, if she has not yet reached puberty—she will be.

Section 125 CrPc and Right to maintenance

In accordance with Islamic law, a wife’s claim to maintenance is unassignable while marriage is still in force, but her rights are curtailed once a marriage is disintegrated. For several is, she is entitled to support from her husband, but only for the Iddat term (Iddat is a period of three menstrual courses and three lunar months). Muslim law does not require that a wife receive sustenance after the Iddat period. While a divorced Muslim wife is not even eligible for maintenance under Shefai law, she is under the Hanafi school of law and is entitled to maintenance during the Iddat period.

Section 125 of the Criminal Procedure Code grants women of all religions the right to maintain However, this act’s provisions conflict with those of Muslim law, and it was being debated whose law should be enforced. This matter was seen by the supreme court in the very famous case of Shah Bano vs Mohd. Ahmed Khan where it was decided that a Muslim wife who is unable to support herself is entitled to maintenance even after the Iddat period. This decision even heightened the dispute, leading the legislature to pass the Muslim Women (Protection of Rights on Divorce) Act 1986 as a new law to regulate Muslim divorce. This act has limited the application of section 125 of the CrPC regarding the maintenance of Muslim wives and has established some provisions in favour of Muslim personal law. 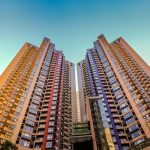 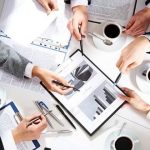